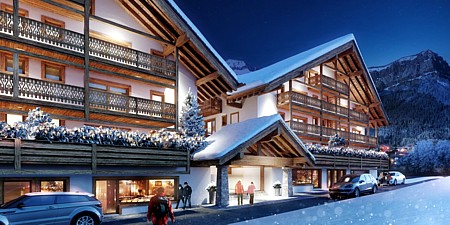 The Lodge Champéry by Mrs Miggins 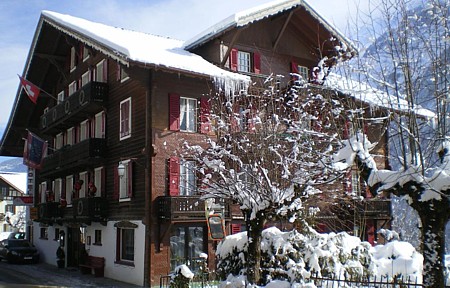 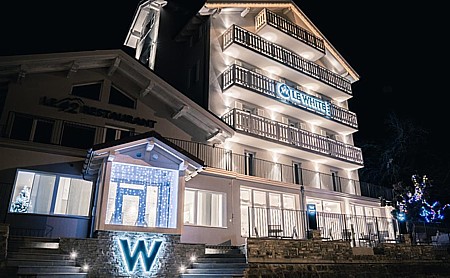 The village is situated at 1050 m in the Chablais region at the foot of the Dents-du-Midi and the Dents Blanches and is one of Switzerland's oldest tourist destinations. Along the village street are numerous traditional chalets with their carved balconies and typical roofs, while visitors are delighted by the charming little shops, bars and restaurants. In the village is one of Switzerland's few bell-foundries still remaining in production.

Cable-cars and chair-lifts lead from Champéry into the skiing area of "Portes du Soleil", one of the world's largest continuous skiing areas. Within it, there are 14 different areas for skiers and snowboarders – 6 in Switzerland and 8 in France – with 209 lifts and 650 km of prepared slopes available to them.

There is also a snowpark to meet the needs of freestylers. Not only that, but the adventurous can also try their hand at ice-climbing, snow-shoe walking or paragliding, or prove themselves on skiing tours or sledging runs.  The ski slope at Pas de Chavanette – often simply called "Le Mur Suisse" (the Swiss Wall) – is one of the steepest in the world. Although it is only a kilometre long, the descent covers a difference in altitude of nearly 400 metres, with gradients of up to 50 degrees.

The Swiss part of the Portes du Soleil ski area can be accessed separately with a CLCF ski pass. This pass covers the four Swiss resorts of Champery, Les Crosets, Champoussin and Morgins and no fewer than 37 ski lifts.