European ski resorts are legion and often legendary.
But are there some alpine aces we've all missed? Are there any secret treasures out there, quietly delivering the goods while the spotlight falls elsewhere?

Why? Quiet valley, traditional villages, famous high mountains, extended ski area.
The Val d'Anniviers is a sideshoot of the broad Rhone valley and an unknown backwater compared to its Valais neighbors -- and international giants -- Zermatt and Verbier.
Home to five small unspoilt resorts, the area is gaining recognition thanks to the recent cable car link between the two biggest, Grimentz and Zinal.
It's a secret powder haven offering more than 100 kilometers of sunny cruising.

The pretty Valais village of Zinal (1,670 meters) is hemmed in at the head of the valley by what's known as the Imperial Crown -- legendary peaks such as the Matterhorn, Weisshorn, Zinalrothorn, Obergabelhorn and Dent Blanche, all towering over 4,000 meters.
Grimentz, five miles down the hill, is an old-school charmer with blackened wooden chalets and traditional barns (raccards) and cowsheds.
The separate, but linked, villages of St-Luc and Chandolin offer a further 60 kilometers of skiing, but no one's coming here to break the odometer.
What else? Like a Swiss cheese riddled with holes, the Zinal glacier has caves and grottoes aplenty and visitors can strap on some snow shoes and take a hike right into its icy depths.

Why? Unsung Italian charm, access to Alagna's revered backcountry, Matterhorn views, cheap.
Neighboring Alagna and Gressoney-la-Trinite have been fixtures with the Euro freeride fraternity for some time, but cosy Champoluc is often overlooked.
The westernmost valley of the Monterosa ski area -- with 180 kilometers of groomed runs -- is only an hour by road from Turin but offers an amiable Italian backwater off the main Aosta Valley.
Champoluc's ideal-for-intermediates ski area links over to Gressoney and Alagna, where the experts go to ride the Indren lift up to 3,275 meters for extensive off-piste runs on the southern flanks of the Monte Rosa massif, western Europe's second highest range.
Champoluc's a quiet sort of place, ideal for making your own fun in the smattering of honest local joints.
And it's cheap -- 1 euro ($1) for a coffee anyone?
What else? Hiding in the forest just above town is Bruno's Bar, an atmospheric little shack for a final slurp before the ski patrol sweeps everyone down the hill at 5 p.m.
Cutesy Antagnod just down the valley has old wooden barns and some characterful eateries. 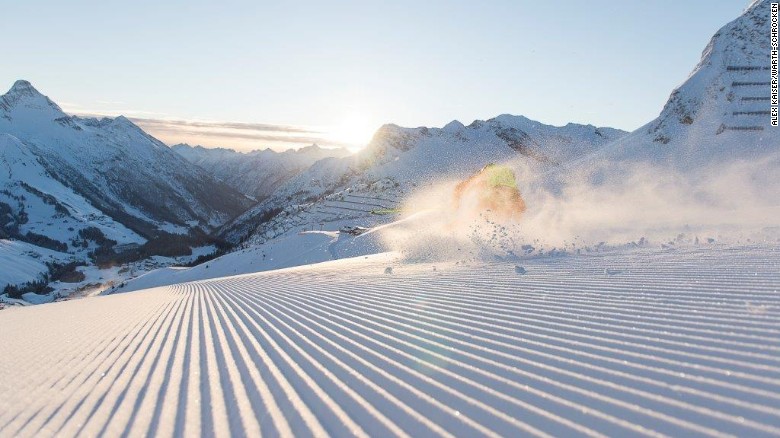 Why? Time-warped village, quiet slopes, bumper snowfall, links into Arlberg ski area.
The Arlberg is an Austrian icon -- vast, characterful, snow-filled and home to such international sparklers as St. Anton, Lech and Zurs.
But close inspection reveals another treasure waiting to be dusted off - Warth, the shy but talented sibling finally getting its chance to shine.
This unheralded, traditional village - first settled in the 11th century by Walser people from the Swiss canton Wallis (or Valais) - offers good value for money and quiet slopes away from the rat runs of the Arlberg.
The genius part is the two-kilometer Auenfeldjet gondola which now links time-warped Warth with luxurious Lech - that's 350 kilometers of groomed runs and 97 lifts and cableways.
What else? A planned new lift for 2017 from Zurs to Stuben will remove the final weak link in the Arlberg system - the bus - adding further luster to Warth's shine.

Why? A haven from mega-resort madness, family-friendly, off-piste mecca.

This Tarentaise treat was once the cult powder preserve of instructors and guides on days off from Val d'Isere and Tignes, but now little Sainte Foy has flourished into a decent all-rounder for those seeking a quieter life.
The ski area rises from 1,550 meters to 2,620 meters and only has four lifts, but the characterful runs offer family-friendly fun.
And the off-piste is still fabled.

Befriend a guide and take a heart-pounding plunge down the pristine powder fields of La Foglietta or brave a leg-jellying descent to the historic hamlet of Le Monal for a memorable big day.
Those really missig the thump of a disco or the push and shove of a good French lift line, "Val," Tignes, Les Arcs and La Plagne are just up/down the road.
What else? For a taste of the old Tarentaise, La Bergerie on the slopes offers wood-clad Savoyard styling and specialties with fondues, raclettes, tartiflettes and croziflettes featuring strongly.
That's a lot of cheese.

Hochkoenig is the highest mountain in the Berchtesgaden Alps (2,941 meters) and the name of an untapped intermediate goldmine of a resort 80 kilometers south of Salzburg.
Draped across the corrugated crumples from charming Maria Alm to Mulhbach, via the hamlets of Hinterthal and Dienten, lies 120 kilometers of perfect pottering on largely tree-lined slopes, handy for those can't-see-the-end-of-my-nose, which-way-is-down days.
For enthusiasts looking to log some miles -- the Konigstour is a 32-kilometer romp over five summits and features 6,700 meters of ups and downs.
Ski huts ranging from rustic to trendy are all keen to peddle local produce and specialties.
Mmm, roast pork with dumplings and sauerkraut followed by Kaiserschmarrn pancakes with stewed plums, please.
What else? Soak up the last of the sun's rays at one of Hochkoenig's "sundowner" huts -- each night a different venue will host you for drinks and eats before sliding back home with headlamps down specified slopes that stay open until 10 p.m.

Sleepy Andermatt is going through a renaissance.
The pretty-in-places old town had rather fallen out of favor since the 80s for failing to upgrade its infrastructure.
Those who did come -- Scandinavians, mostly -- were drawn by the fabled Gemsstock mountain, 2,961 meters of north-facing fun and an adventurous skier's dream.
But Andermatt is undergoing a $1.8 billion facelift by Egyptian property developer Samih Sawiris.

Swanky hotels -- the Chedi Andermatt is the centerpiece -- chalets, apartments, a leisure center and golf course will nearly double the size of the town and bring it into the 21st century.
The linking of the Natschen ski area with Sedrun across the Oberalp Pass by 2017 will stretch the pistes to 120 kilometers.
The little red train up the hill -- the Matterhorn Gotthard Bahn -- is almost a selling point in itself.
What else? Skiers can follow in the trails of Andermatt's finest son and take the 4.3-kilometer run named after 1972 Olympic downhill champion Bernhard Russi from Gemsstock via the Gurschen glacier to the Gurschenalp, nearly 1,000 meters below. 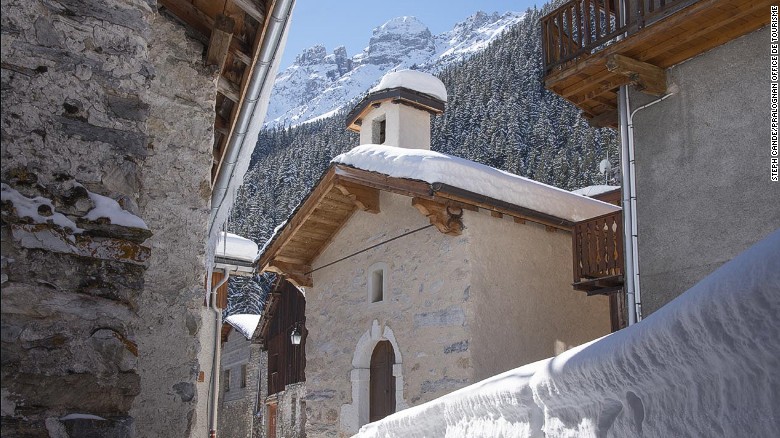 Why? Authentic village, rich mountain culture, high alpine splendor, modern agenda.
What Pralognan lacks in mileage compared to the nearby megalopolis of Les Trois Vallees, it makes up for in Savoyard soul.
Hiding at the end of a steep-sided valley under the imposing 3,855-meter Grand Casse, pretty Pralognan is an authentic Savoie village -- unlike the purpose-built bling of nearby Courchevel -- at the heart of the Vanoise National Park.
The compact ski area rises from 1,410 meters to 2,355 meters and offers 26 kilometers of groomed slopes and 12 lifts.
For the energetic, Pralognan is prime Nordic and ski touring territory onto the Glaciers de la Vanoise.
Budding skips and sweepers can try out the curling venue from the 1992 Albertville Winter Olympics.
What else? It's possible to tap into the Savoyard source -- not by drinking the local firewater -- but by riding the Genepi chairlift to the rustic Refuge des Balmettes, a cozy mountain restaurant at 2,010 meters with lodging for a night high up among the peaks and plunging valleys of the Vanoise.

Serfaus is an amiable spot sitting on a sunny shelf it shares with sister resorts Fiss and Ladis above the Inn valley in the Tyrol region of Austria.
Between the three villages are 212 kilometers of pistes offering a decent selection of runs for varying standards stretching from 1,200 meters to as high as 2,820 meters at the summit of the Masnerkopf.
Serfaus is largely traffic-free thanks to the Dorfbahn, an air-cushioned underground railway that runs from one end of town to the main cable-car station at the other.
It's as Austrian as they come and visitors are unlikely to bump into anyone from their hometown.
What else? Worried skiing is a bit too, well, ground-based?
It's possible to get airborne and reach speeds of 65 kph over the heads of skiers on the Serfauser Sauser, a zip-wire that travels for 2,000 meters and plunges 400 meters.

This Pyrenean pearl has long been cherished by Spanish skiers, including the royal family, but the rest of us are only just waking up to its allure.
Lurking in those powder-filled folds between France and Spain is a decent-sized resort -- 150 kilometers of groomed slopes and 35 lifts -- with an outstanding snow record because of the Atlantic influence.
The main village of Baquiera lies at 1,500 meters in the Aran valley with the highest skiing at 2,500 meters above the hamlet of Beret.
Spain offers a different take on apres-ski, but one that involves plenty of tapas-y treats.
"I'm a big fan. There's lots of bang for your bucks in terms of quality accommodation, top food at Spanish prices and a surprisingly good snow record," says Richard Lumb, co-owner of ski specialists Kaluma Travel.
What else? Heli-skiing is relatively inexpensive -- two drops start from 290 euros ($315) or a full day with five drops is 795 euros ($864) per person with Pyrenees Heliski, based out of Vielha, a short drive away.

Why? Midnight sun, northern lights, bumper snowfall, world's most northerly ski resort.
Skiing in daylight until well past bedtime? Possible at Riksgransen.
Too much snow was once a big problem in these parts, 200 kilometers north of the Arctic Circle, and in 1910 the town was closed down, the 500 inhabitants moved out and the shutters drawn.
But now the white stuff is pulling skiers back for a trip less ordinary in snow-lashed Lapland.

Those making the trek -- a four-hour flight from Stockholm to Kiruna, plus two hours in car, bus or train -- will find six lifts, 29 runs and a whole big bunch of off-piste butting up to the Norwegian border.
The backcountry is what has regenerated Riksgransen, with 60 peaks in excess of 1,200 meters and 1 million acres of heli-skiing. 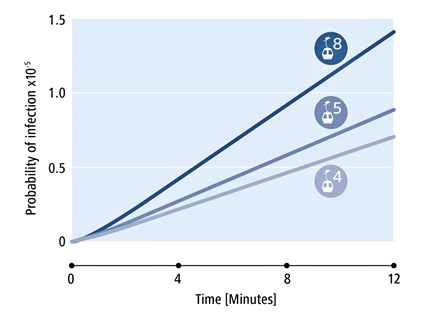 Where do the greatest risks of infection lurk? How can you protect yourself and others even better? Scientists all over the world are working to expand knowledge about Covid-19 – including at Empa. Researchers are now using measurements and simulations 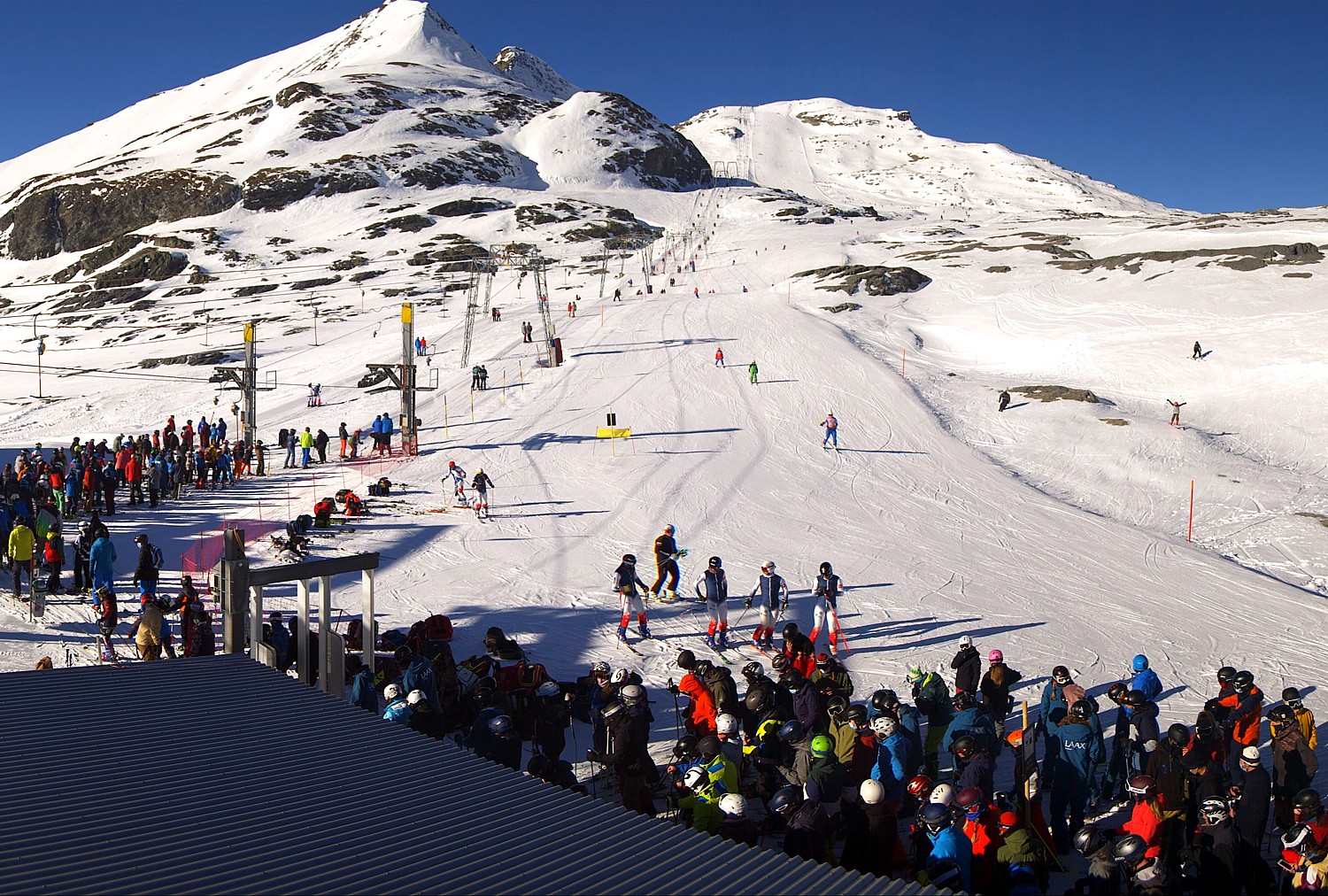 European ski resorts are opening for the 2020-21 ski season

This winter, ski season has been the subject of a Europe-wide debate as Germany, France and Italy pushed for a EU-wide ban on ski tourism until early January.  Italy called for the ski areas to be closed across Europe until at least January 10th, however, no joint solution has been reached. 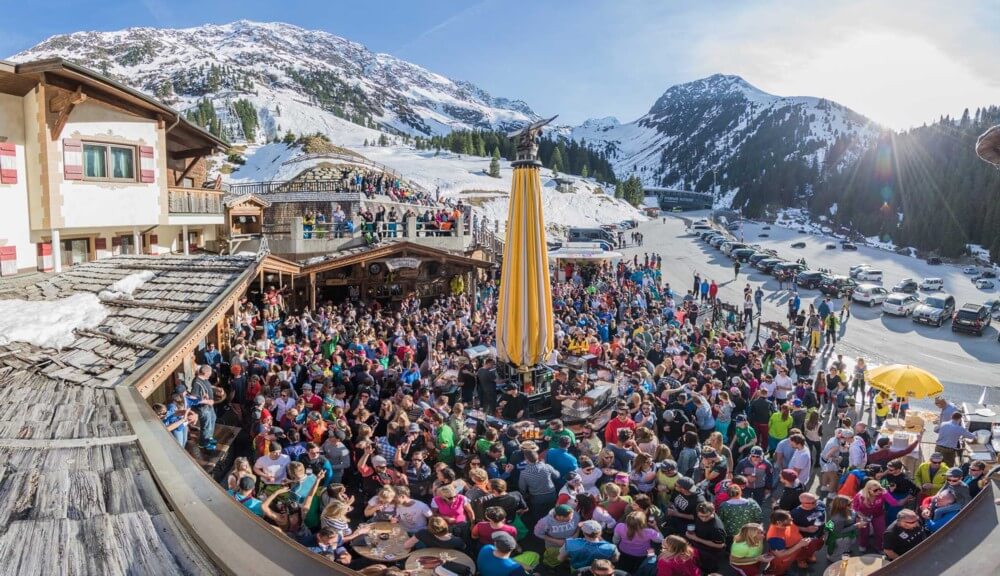 Austria is banning all apres-ski events during the upcoming winter tourism season, the country's chancellor announced on Thursday. "The infection risk is simply too high," Sebastian Kurz told reporters in Vienna. "All other activities like skiing, shopping, dining and wellness however will be possible."