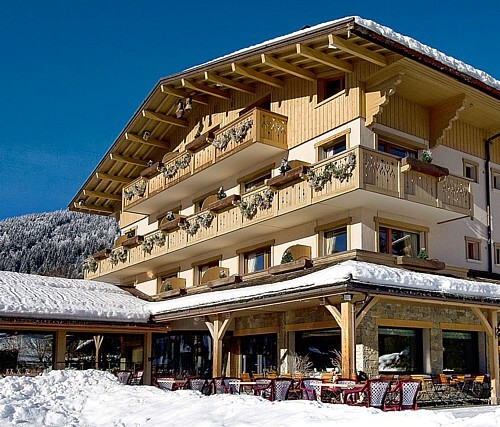 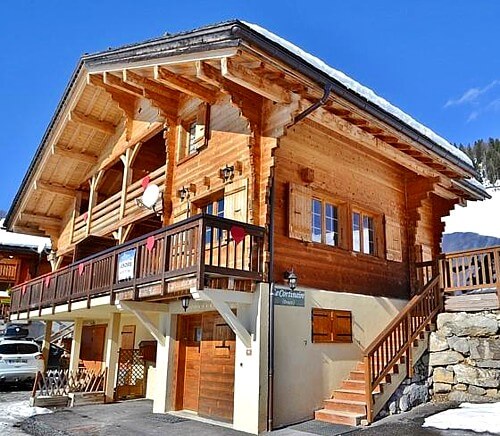 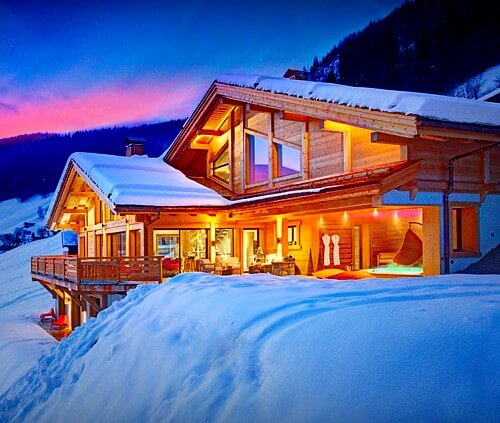 The Grand Bornand is split into the main Grand Bornand village (1000m) and Chinaillon village which is 6km away and 1300m. There are bars and restaurants in Chinaillon as well as shops, but the majority of amenities are in the main village.

The Aravis Mountains’ highest peak is the distinctive Pointe Percée from where green, forested slopes meander down towards the valley, forming the main backdrop to Le Grand Bornand village. This is divided into two parts, with an efficient ski bus circling between them and ski lifts and runs linking them higher up. The original Grand Bornand village is a veritable picture of old France with its shops, church, market square and “grenette” - a traditional Savoyard covered market. Six kilometres up the valley is Le Chinaillon, the other part of the resort, where most of the ski runs begin. Chinaillon is very well preserved, with the older parts dating back to the 17th century. The splendid Bouchet Valley stretches away behind it…a favourite cross country ski area.

There are about 30 restaurants in Le Grand Bornand village as well as a supermarket, boulangerie, laundrette, hairdresser, pharmacy, petrol station, bank and post office - so all your holiday needs are covered! If you’re looking for a lively après ski scene there are nearly 40 bars and pubs.

With over 85 kilometres of perfectly groomed slopes and 44 different runs, there is plenty on offer for all abilities of skiers and snowboarders. Le Grand-Bornand has 3 different beginner areas and 15 green runs which makes it a great place for first timers or nervous snowsports students.

For the intermediate and advanced skiers and snowboarders in your group, there are 13 blues, 13 reds and 5 black runs to have a play on, and that doesn’t even include the rest of the skiing available on the Aravis lift pass! The Grand-Bornand ski area can be accessed from the village using one of the two gondolas, and for those based up at Le Grand-Bornand Chinaillon, the slopes can be accessed from right down in the village with a choice of chairlifts or draglifts to whisk you away.

There are 30 lifts in the area enabling you to travel around Grand-Bornand area with ease. It is fair to say that there is a lot of variety in this area, which makes it such a great place to go on a ski holiday to France for all ability levels! 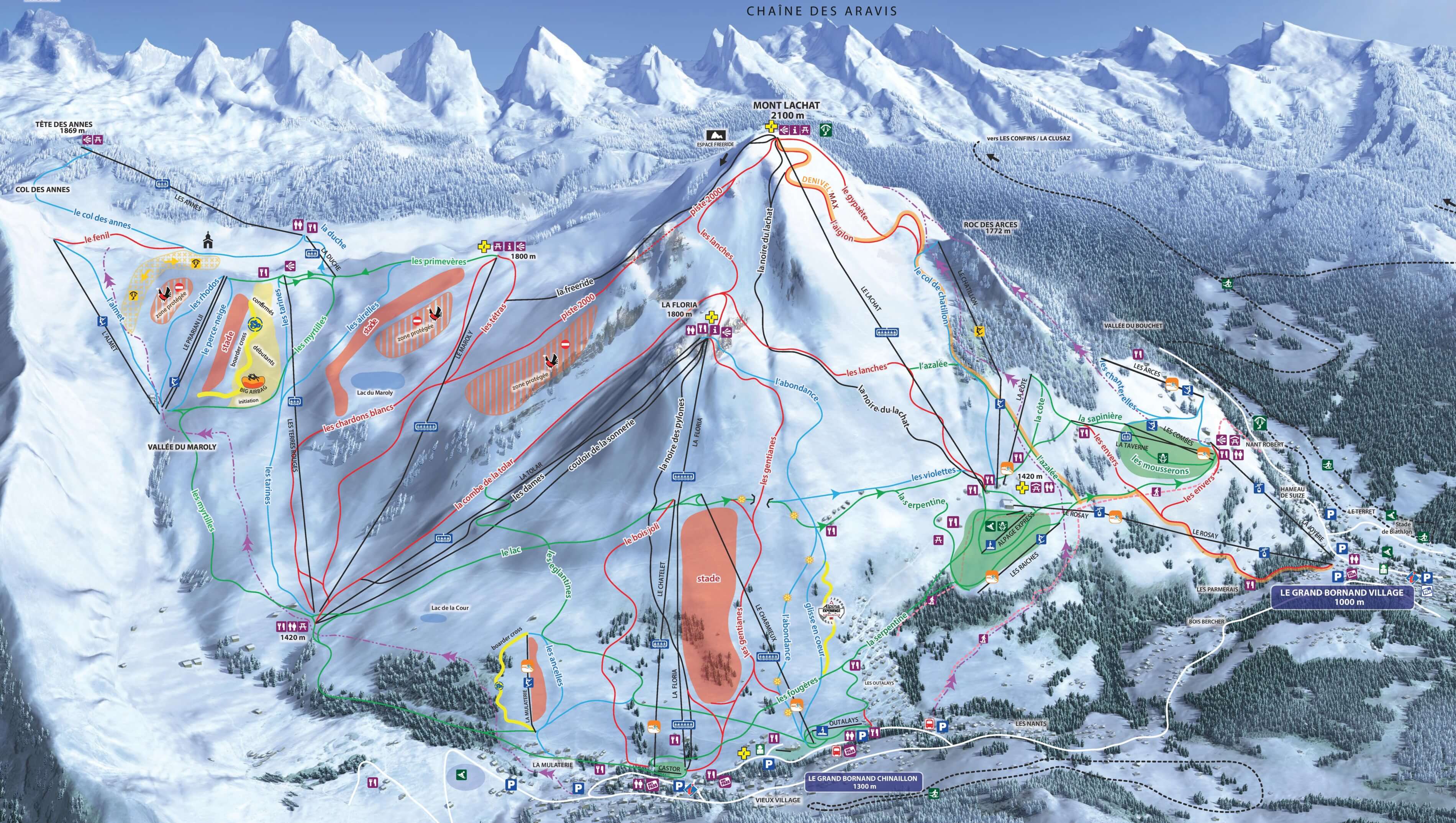 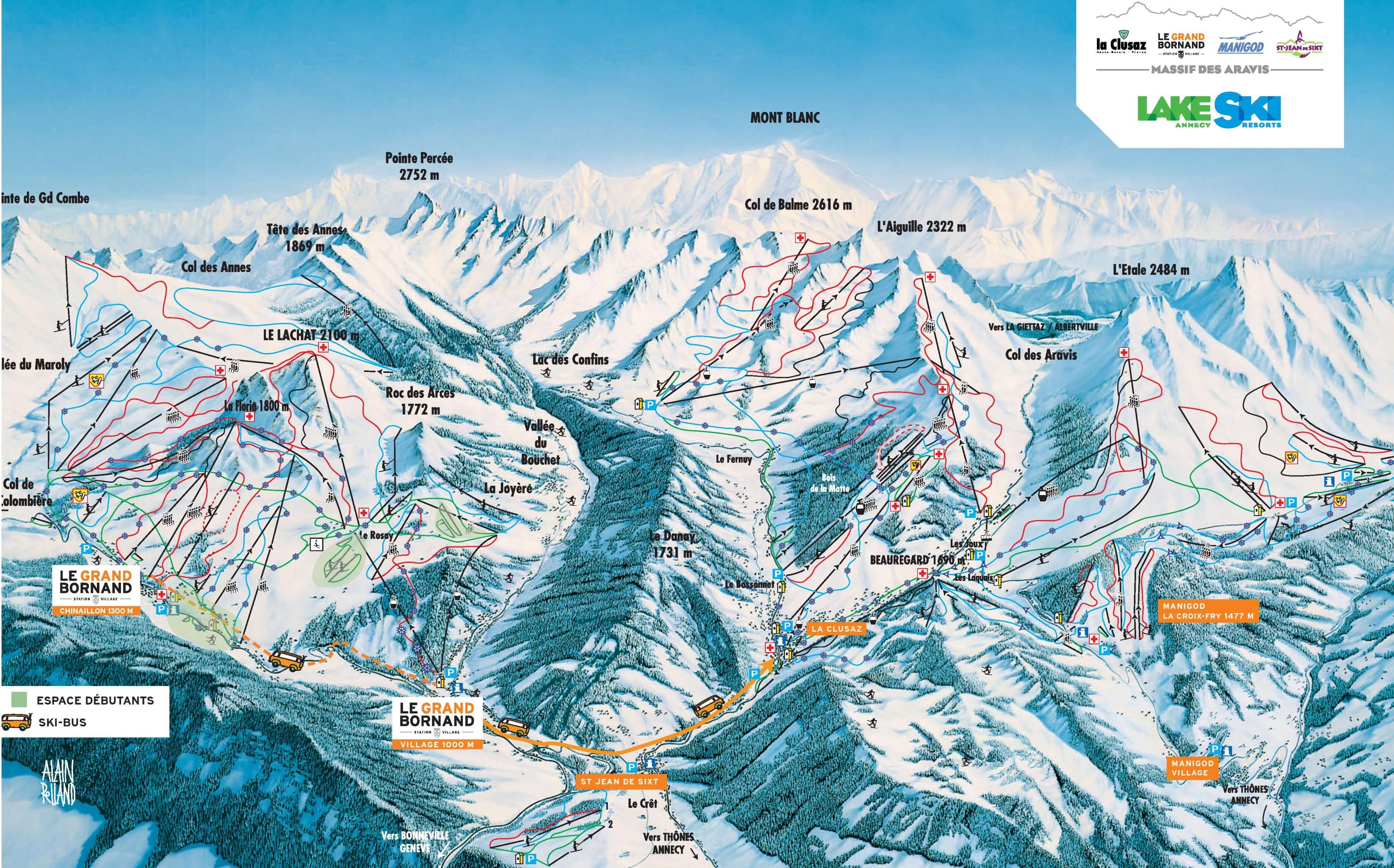