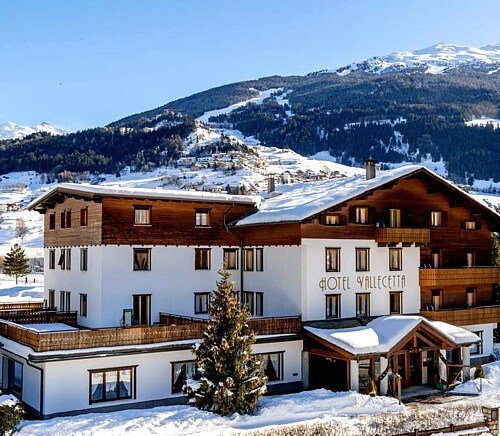 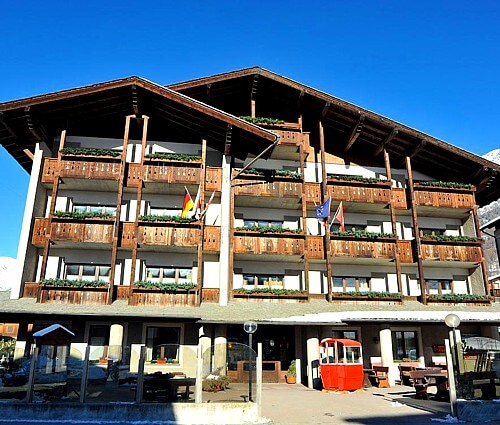 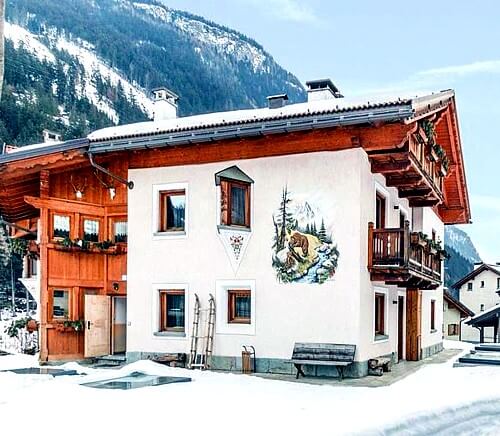 Bormio is located at about 1225 m high, has 4100 residents and a particularly favorable climate. Bormio is a charming medieval Italian town. Bormio's one of the main bases for exploring the incredible Stelvio National Park. One of the biggest National parks in the Alps.

The Bormio and Valleys ski pass offers 4 resorts on one pass – Bormio, Santa Caterina Valfurva (13 km away), Oga/Cima Piazzi. You can also choose the Alta Valtellina pass, which includes these resorts plus Livigno (38km away) – but depending on the time of the season it is sometimes cheaper to get a Bormio and Valleys pass and then pay for a day pass in Livigno separately.

There is a free bus that goes to the Val di Dentro-San Colombano area, to Santa Caterina, and even to Livigno.

The season in Bormio runs from late November/early December until late April. The nearby area of Stelvio is also Italy’s premier summer ski resort.

Bormio’s slopes are generally snow sure, as the resort sits quite high (3010 m), the majority of the runs face northwest, and the ski resort boasts significant snow-making capabilities. The Cima Bianca is the local ski peak, its slopes rise from the southern edge of town and house Bormio's principal compact Vallecetta ski area; a further separate ski area, San Colombano, lies out to the west of the town; both areas are covered on the standard BormioSki lift pass.

Bormio is perfection for intermediate skiers, as the vast majority of the slopes are wide open and moderately pitched. The Stelvio piste at Bormio is one of the most adrenaline-pumping World Cup tracks in the world, plunging spectacularly with a vertical drop of 986m over a length of 3.2km and a gradient up to 60%. Experts have several choice black pistes to enjoy, including the men’s downhill slope, which starts off incredibly steep and then transitions into a fun red piste.

Snowpark Bormio is located at 2,225 metres above sea level and is served by the Rocca Est ski lift. Intermediate as well as advanced riders will find: 6m butter box rainbow, 3m jib bench, 9m flat rail. Those seeking air-time will find themselves flying in the second part of the park: two medium kickers of 4 and 8 meters in length are waiting for your jumps!

Off-piste skiing is restricted, but there are two designated freeride zones and that are accessible to properly equipped (transceiver/shovel/probe) advanced skiers and riders.

Vallone area - In this area you mainly have two possibile itineraries: "The Classic" (very dangerous area) and "The Cross". Both give great satisfaction within a silent and uncontaminated environment. If you are a powder seeker, the Vallone’s experience is obligated, at least once in a life-time.

Skiers’ Spot, a freeride zone which offers two itineraries very exciting and evocative within 2700-2000 meters. Skiing in the woods will awaken old time sensations and will make you go back to childhood! "Sciatori" and "Antenne" route (attention, itinerary for experts only. Avalanche danger. We suggest you to enter with mountain guides only).

While the après ski and nightlife in Bormio is fairly low key, apart from at weekends and in high season when the Milanese come up to play, Bormio offers some fantastic aperitivo in and around the old town, and some great restaurants including Enoteca Guanella in Via Roma, Agriturismo Rini for local food (more of which in a moment) and Pizzeria Eira, which offers not just excellent pizza but also some superb restaurant options.

This town dating back to the Middle Ages has cobblestone streets and old clock towers. One can walk about town, visiting churches and shops without the expense, and snobbish atmosphere that one normally finds in other Italian ski resorts. Bormio is not only known for skiing but also for its terme or thermal baths, well-known since Roman times. The thermal spa baths here are three: the Terme di Bormio, Bagni Nuovi, and Bagni Vecchi, which can be found in Premadio, part of the Commune of Valdidentro. 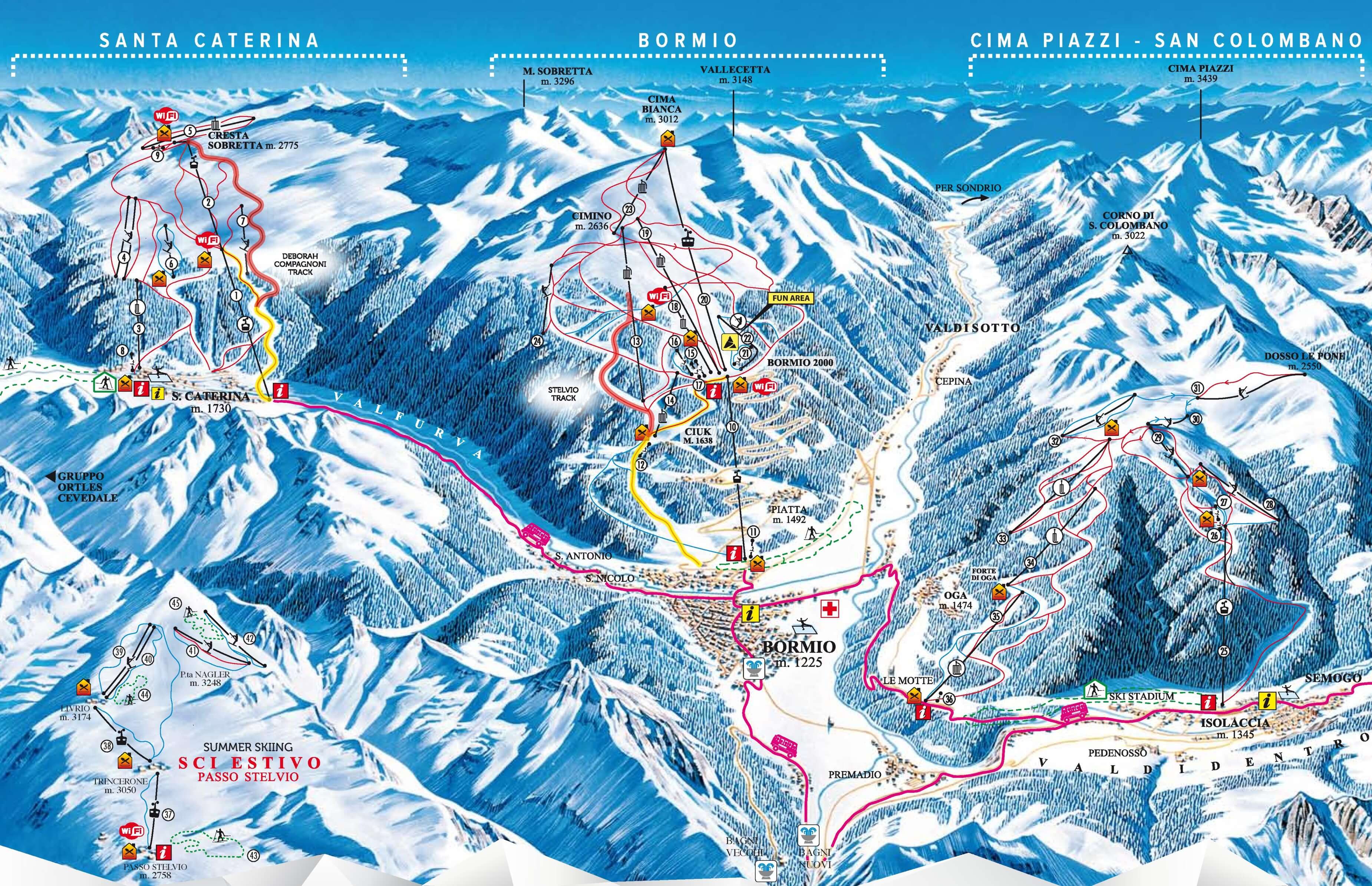