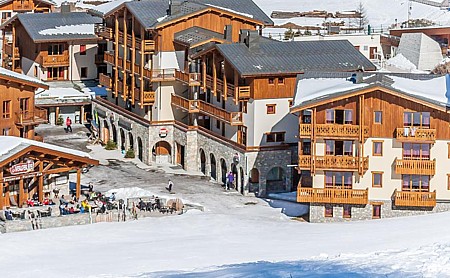 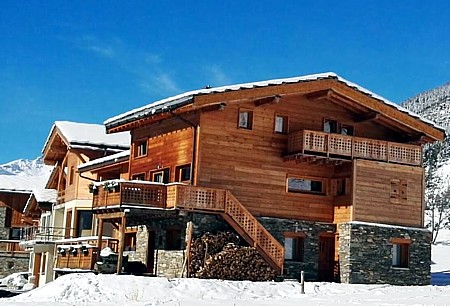 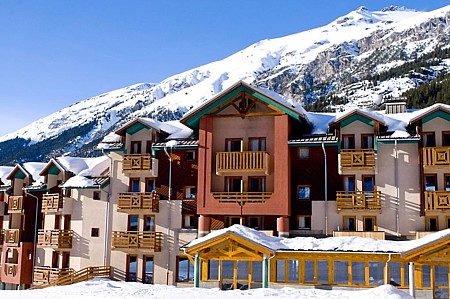 The Val Cenis ski area includes the villages of Lanslevillard, Lanslebourg and Termignon each of which has its own ski area, but all are interlinked to varying degrees.

Lanslevillard is best for beginners, Lanslebourg for intermediates and Termignon for families as it is generally the quietest of the three villages, although its exposed lower slopes can be quite cold in early season. If Val Cenis has a weakness, it is a relative lack of black pistes for more advanced skiers and boarders. Val Cenis has just five black runs, of which two are intended as mogul runs - the M Jacot Met off the Met chairlift at 2,800m, and the Moraine run accessed by the Plan Cardinal chair.

Advanced skiers and boarders will need to be able to ski off-piste to make the most of the Val Cenis ski area. Most of the slopes in Val Cenis face north and hence in December and January the resort can be very cold. The flip side of this of course is that in spring, the snow conditions are usually still good and the afternoon sun reaches the upper slopes.

Val Cenis also has extensive snow-making facilities with 180 snow cannons, which rise up to 2,400m. The green beginner pistes at resort level are almost always skiable well into spring. A strong feature of the ski area, particularly above Lanslebourg and Lanslevillard is the tree skiing. The tree line here stands at around 2,100m, which means all the green runs bar the top part of the famed L'Escargot run wind through pine and larch forest. Lanslevillard. The best base for beginners is either the village of Lanslevillard, or its off-shoot Lanslevillard Le Haut where the Val Cenis Le Haut gondola accesses a series of five green runs that all finish at resort level - perfect for practicing snow-plough descents.

Four of those five green runs finish at the base of the Columba chairlift in Lanslevillard proper, which takes passengers up to the same drop-off point as the Val Cenis Le Haut gondola. Intermediates and advanced skiers who want to access the higher slopes must take the Vieux Moulin gondola from Lanslevillard up to 2,100m. From there, if you want to link into the slopes at Lanslebourg you need to take the Solert chairlift up to 2,540m. The Solert chairlift also allows advanced and expert skiers access to the significant off-piste opportunities off the Plan Cardinal chairlift. A blue run from the Solert takes you to the Met chairlift which takes you to the summit of Val Cenis at 2,800m.