Malbun is the only resort for skiing in Liechtenstein. It is located at 1,600 metres above sea level in the Alps, on a road to Steg and Vaduz, and less than two kilometers from the Austrian border.

At one time, Malbun belonged to the ghosts in winter – it says so in a number of documents from earlier times. Today, the ghosts have been driven out, and Malbun has made a name for itself as a popular, snow-safe and family-friendly winter sports centre. With two chair-lifts, four T-bars and a drag lift, there is access to 23 km of easy slopes rising to 2000 m. There’s a fun park for snowboarders, and also, of course, a winter sports school. 14 km of prepared winter footpaths lead from Malbun to the Sassfürkle (1771 m). Sledgers will love the run down from the Windegga to Malbun or on the floodlit 1000 m long natural sledging run down from Alp Stücka to Steg. From the Maiensäss Steg below Malbun there are 15 km of cross-country skiing trail leading into the idyllic Valüna valley. Three kilometres of this is illuminated at night. 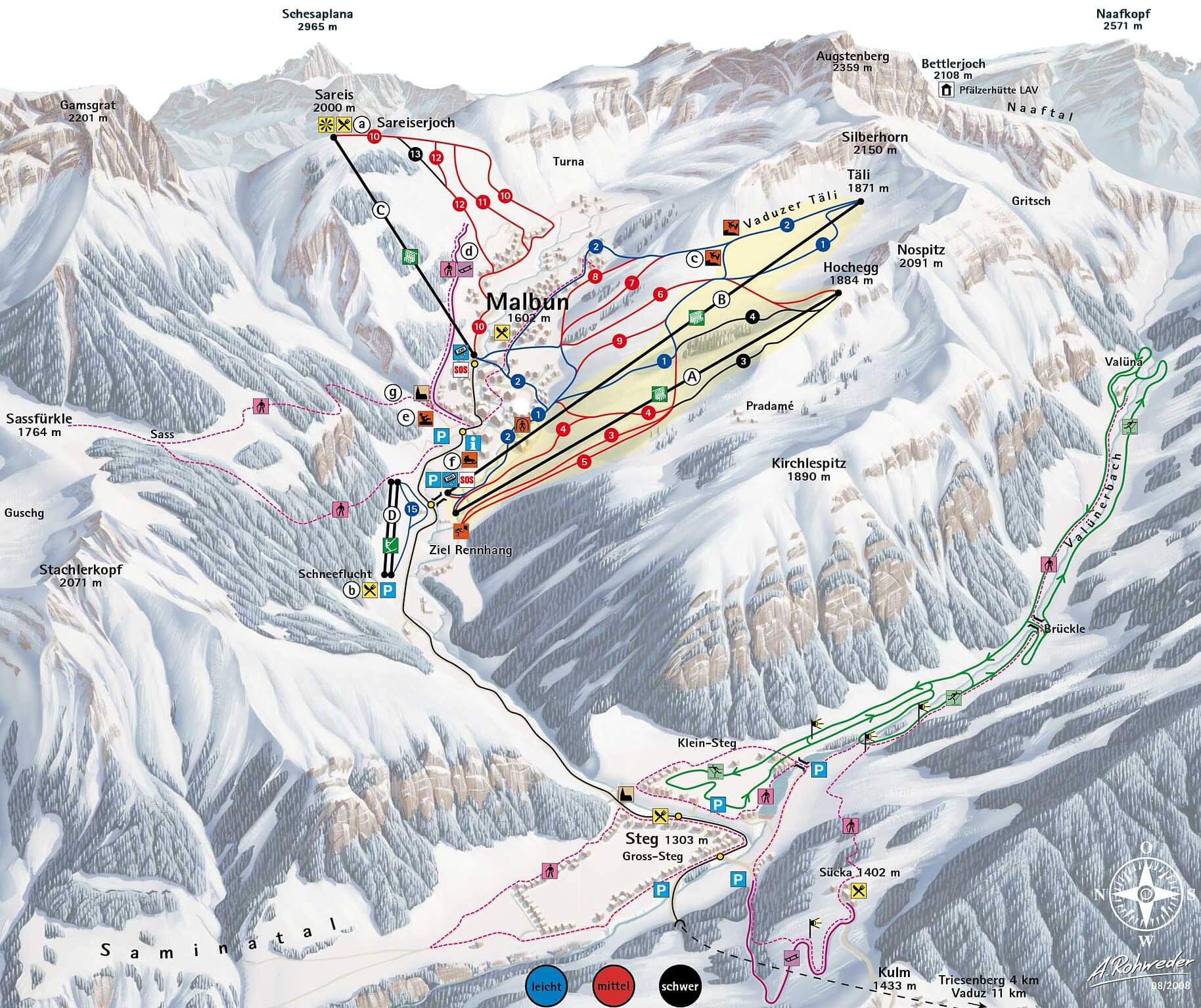