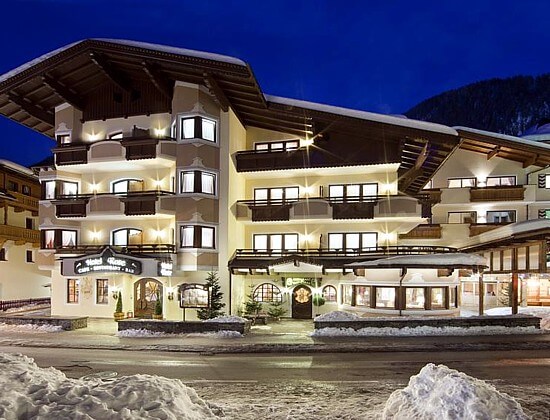 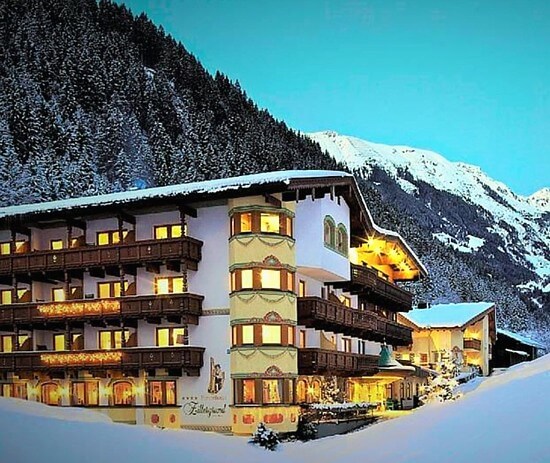 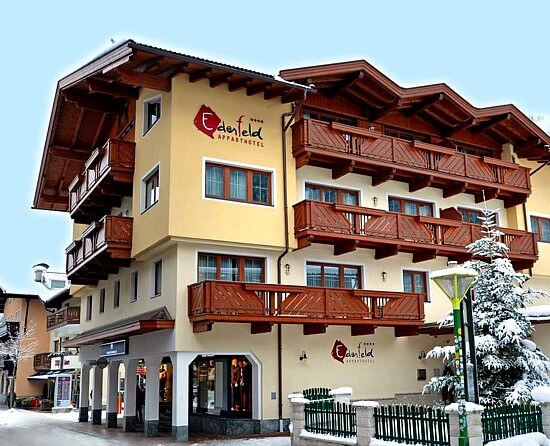 Famous for its insanely steep Harakiri piste and loved for its large snowpark, Mayrhofen is one of the top wintersports destinations in Tirol for intermediate and expert skiers, yet also offers plenty of gentle runs for beginners and families.

The gradient of 78% tells you everything you need to know about the infamous Harakiri piste in Mayrhofen. Indeed, standing at the top, the run seems even more intimidating than numbers could ever suggest. It is quite simply the steepest ski run in Austria – and the biggest attraction in Mayrhofen. However, this popular resort at the end of the Zillertal Valley has much more to offer than just adrenaline-pumping action. Its large network of pistes caters for all abilities and ambitions, including families, beginners and cruisers, and extends all the way up to 2,500m.

Those who like to take it easy on the slopes can do so in the Ahorn area with its gentle, wide slopes ideal for carving. The White Lounge at 2,000 metres above sea level is a combination of an igloo village, a bar and a chillout zone. Advanced and expert skiers and snowboarders should head for the Penken, Rastkogel and Eggalm section of the resort. Freestylers flock to the famous Vans Penken Park, which is the resort's second big attraction alongside the Harikiri slope. All in all there are six different areas in Mayrhofen.

Away from the skiing Mayrhofen boasts some of the best après ski in the region, with several bars and clubs serving up some great après ski. There are huge crowds at the top and bottom of the Penkenbahn from mid-afternoon. For a more chilled après ski scene, the White Lounge at the top of the Ahornbahn offers an igloo complex with a labyrinth of rooms, as well as deck chairs outside to take advantage of the south-facing aspect.

The annual Snowbombing festival is a hugely popular, serving up music, comedy and some serious partying. There are comedy festivals during the winter and the season opening and closing periods can be lively affairs.

The scenic village of Mayrhofen lies 630 m above sea level and is the last main village of the Ziller valley – the heart of Tirol and Austria. The town of Mayrhofen is typically Austrian and alpine, as you would expect, and the main road and side-streets are lined with cafés, bars and ski shops.
The main street in Mayrhofen is thronged around the base-station at lift-closing. 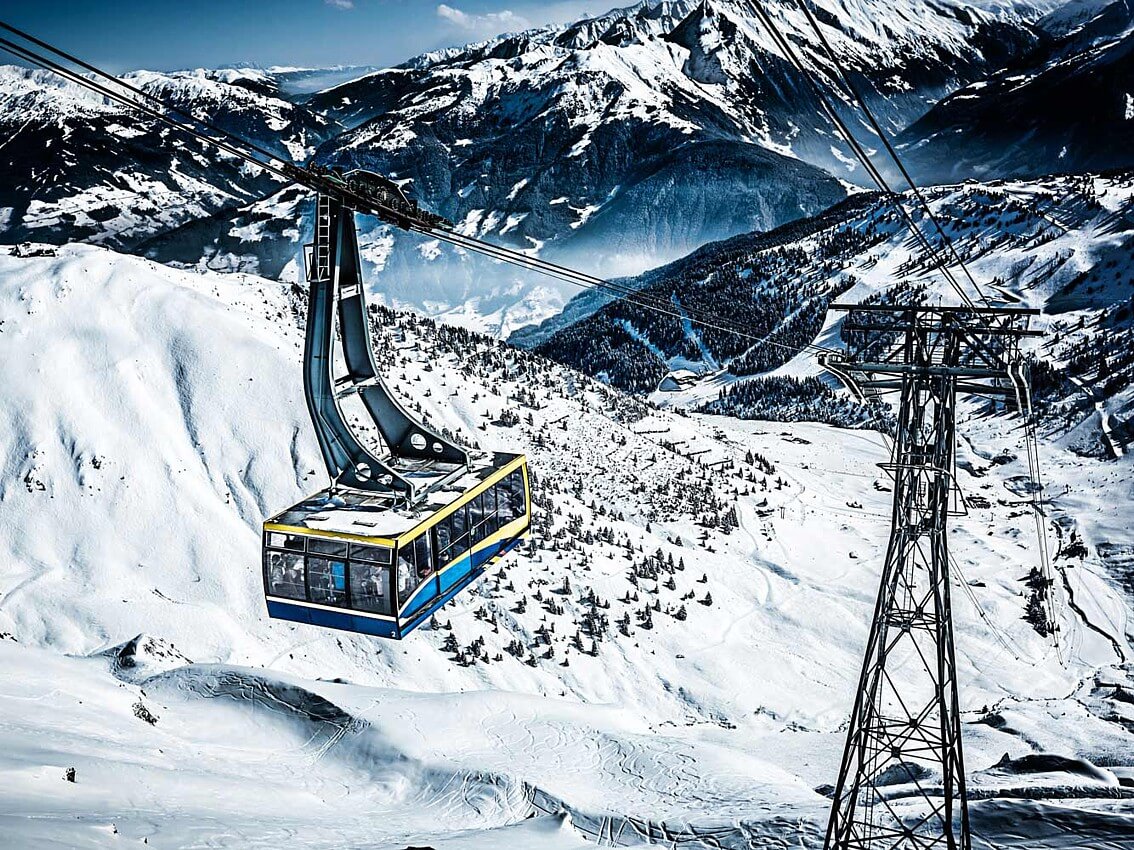 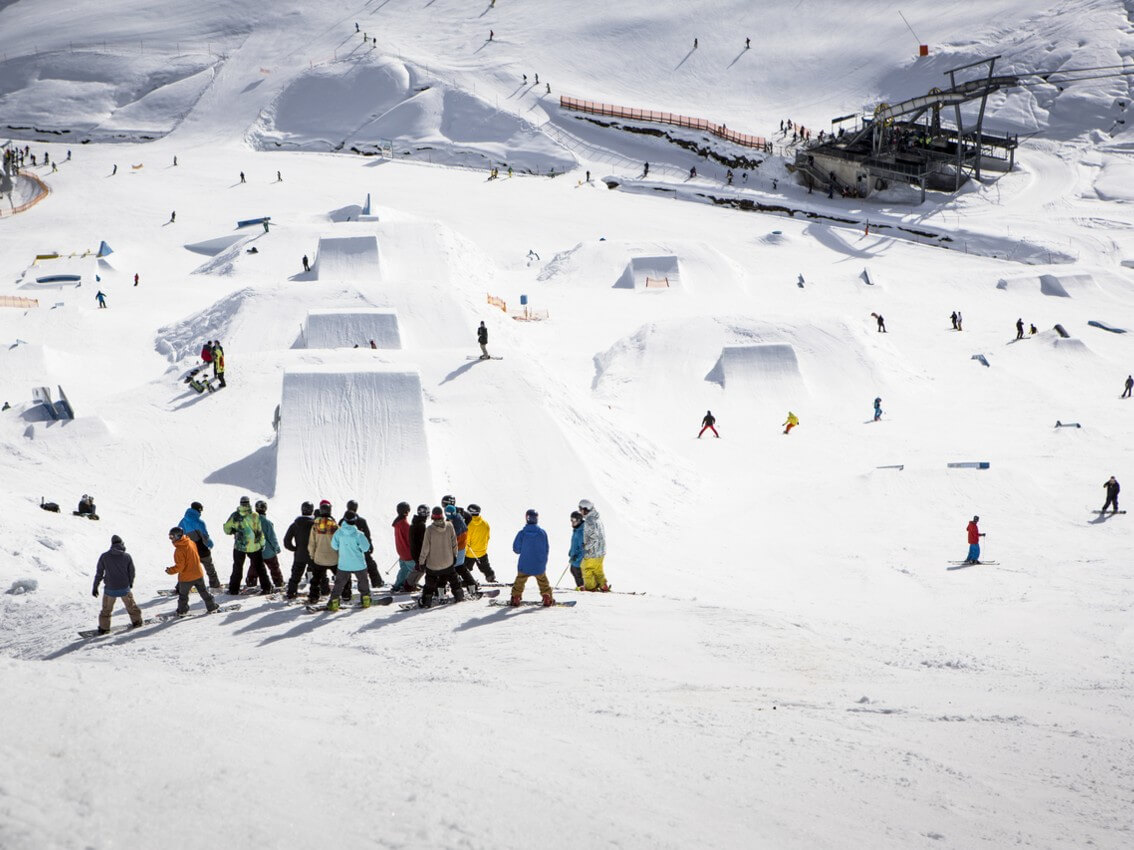 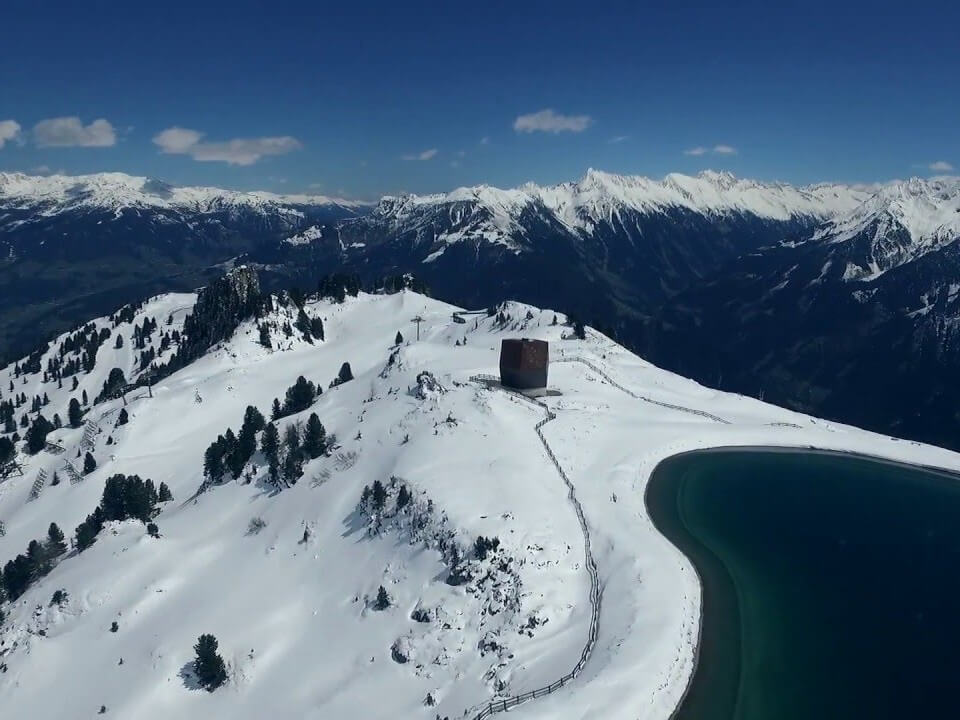 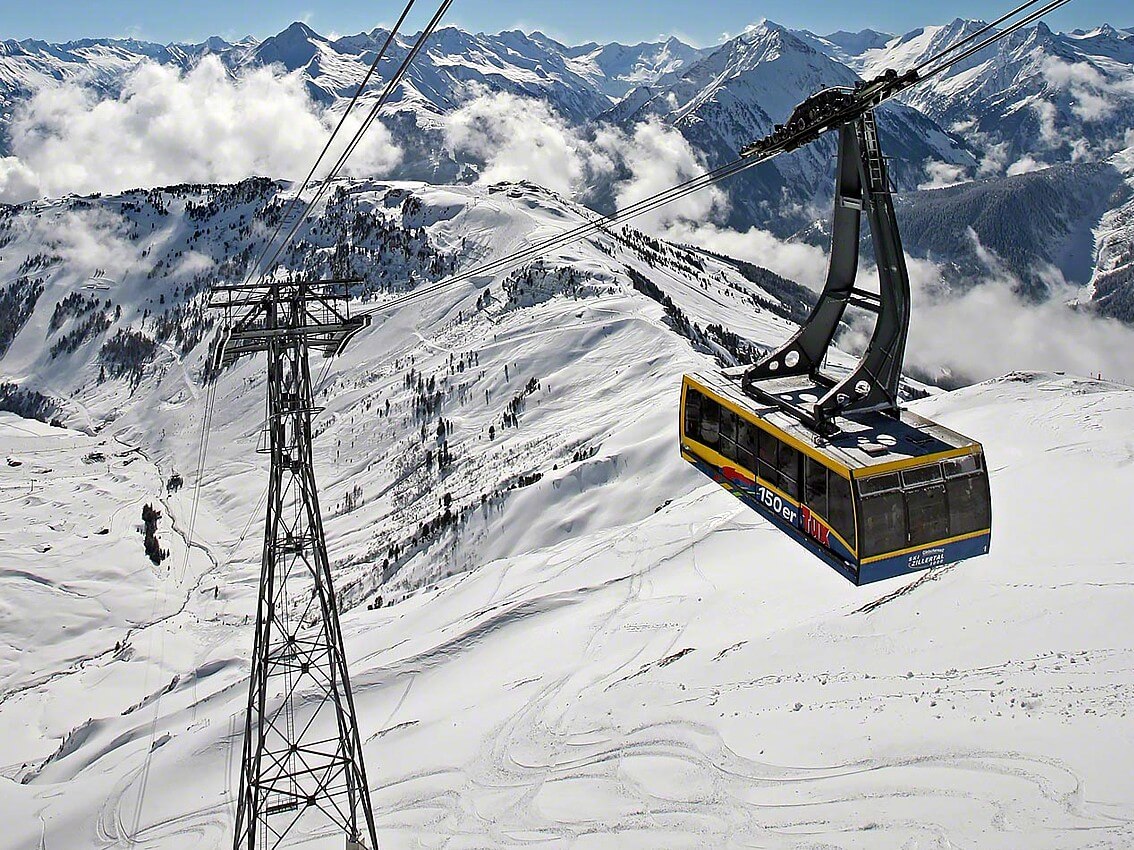 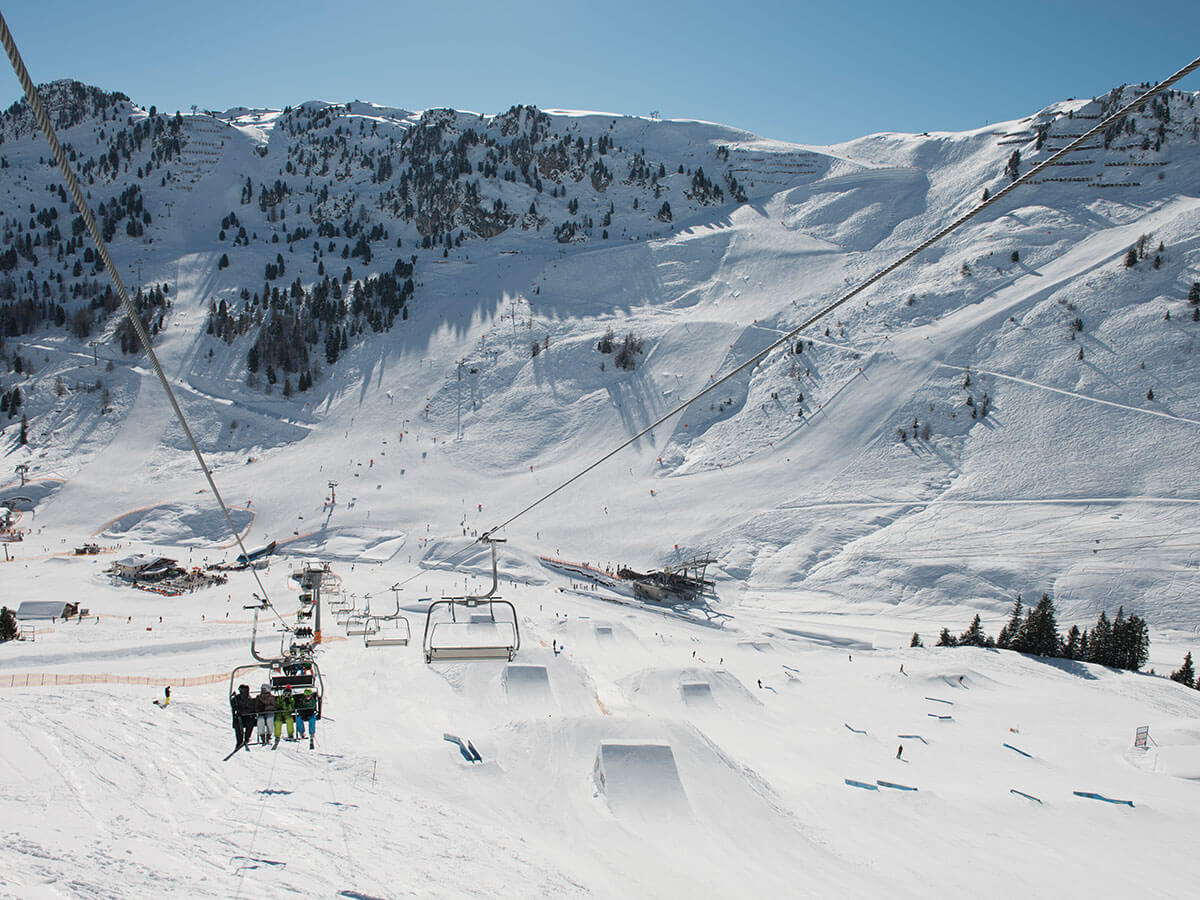 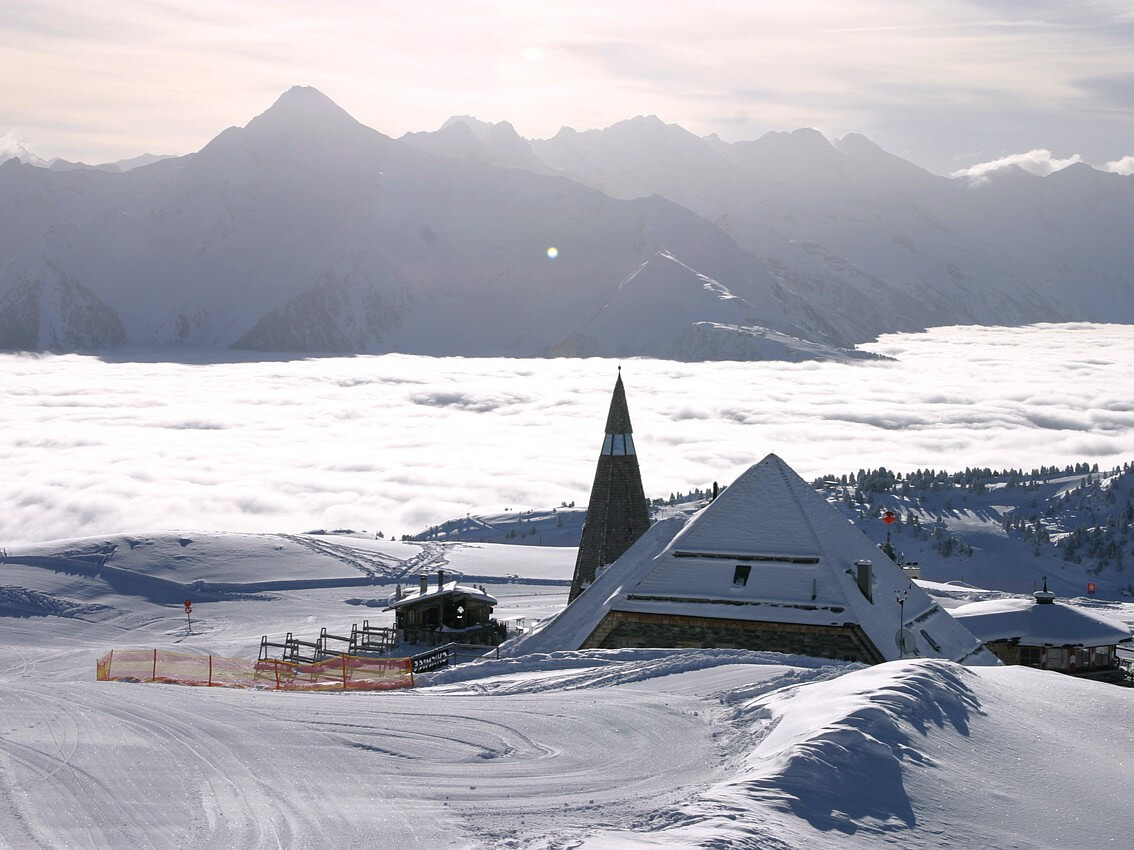 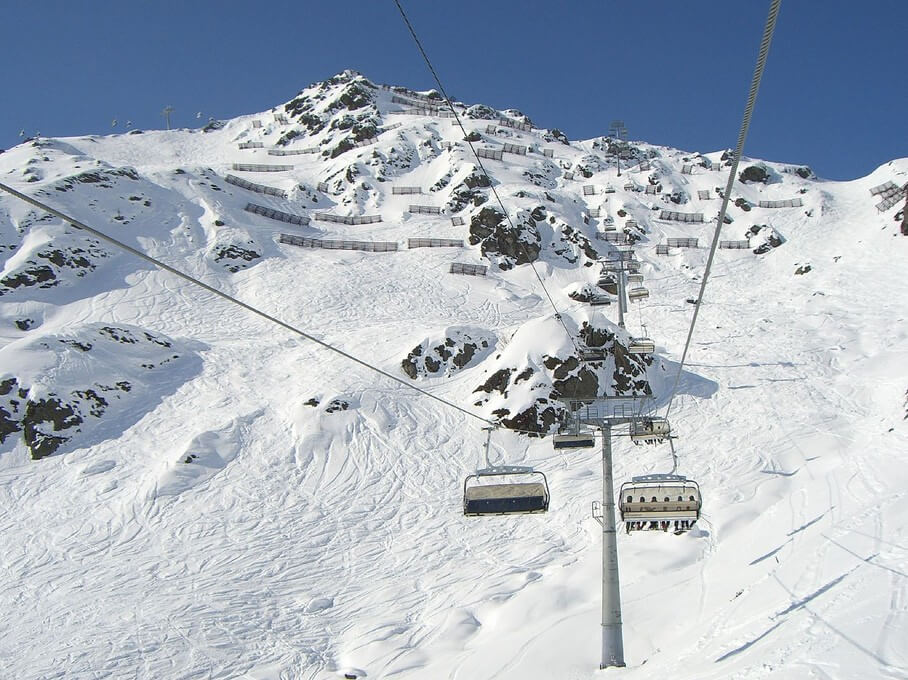 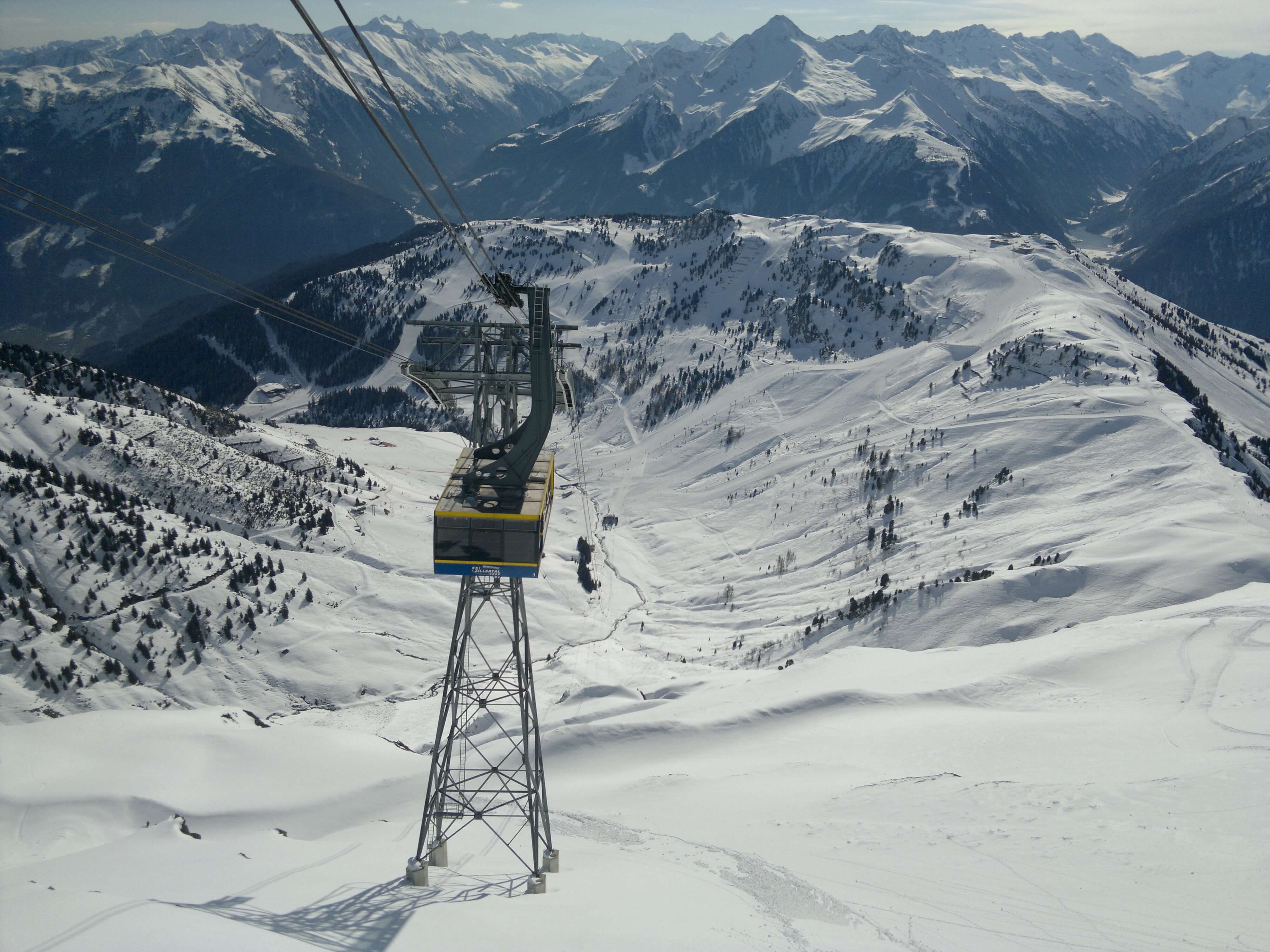 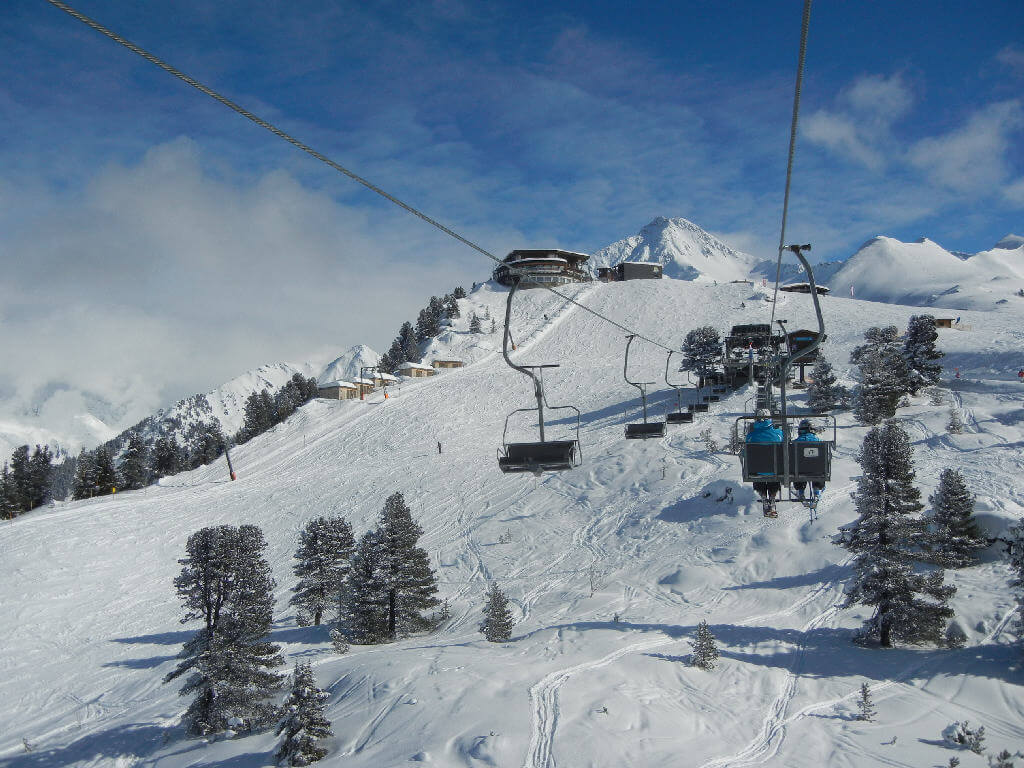 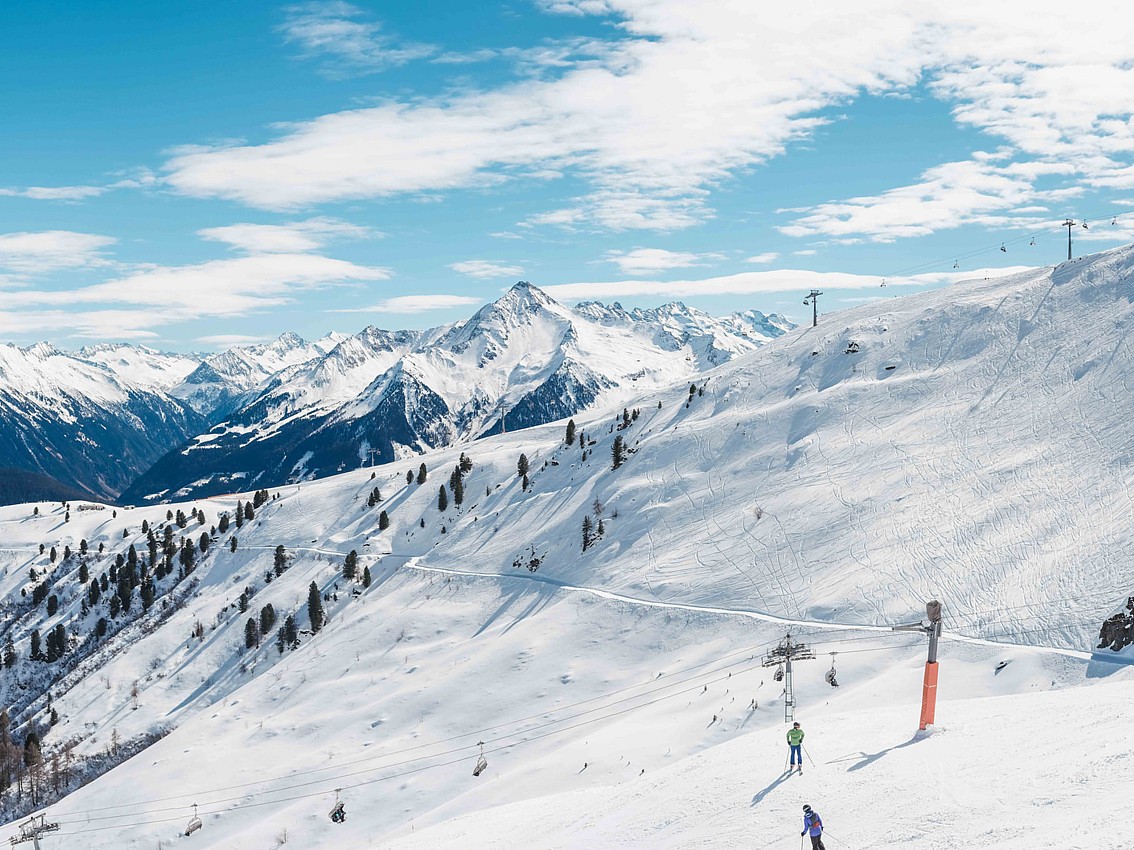 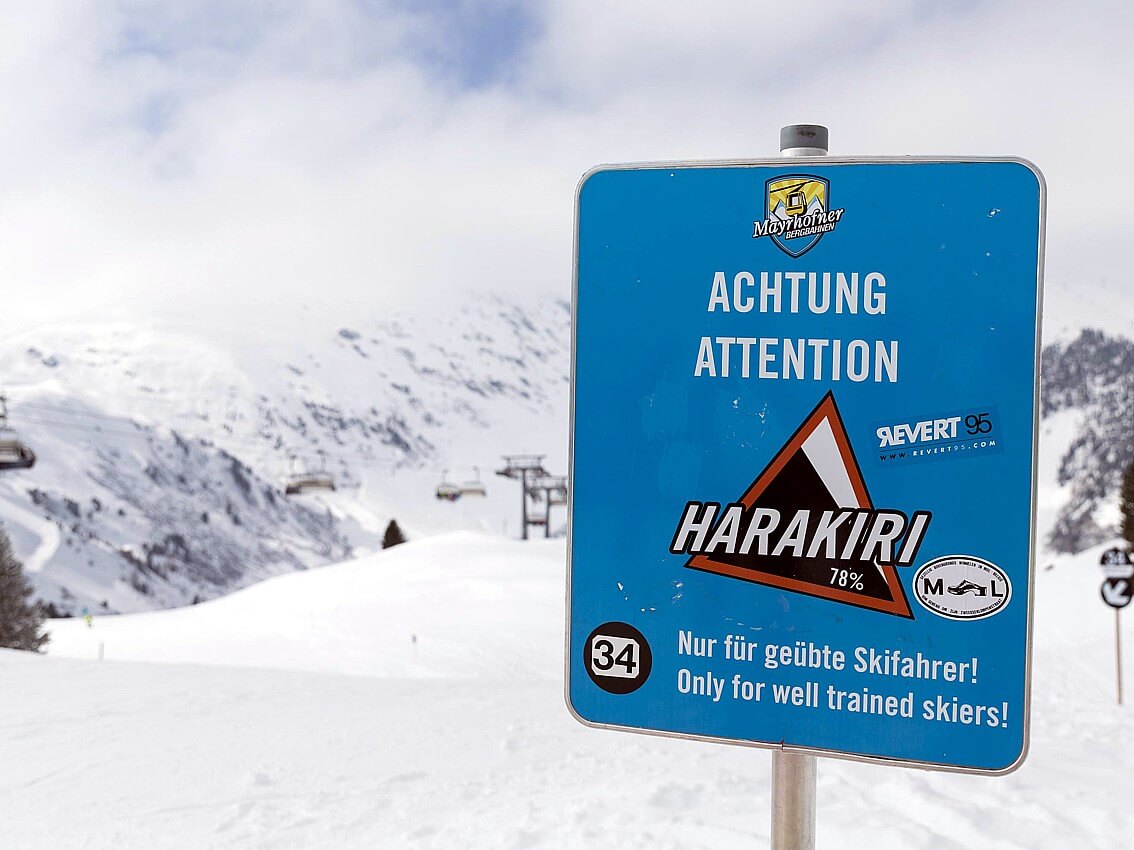 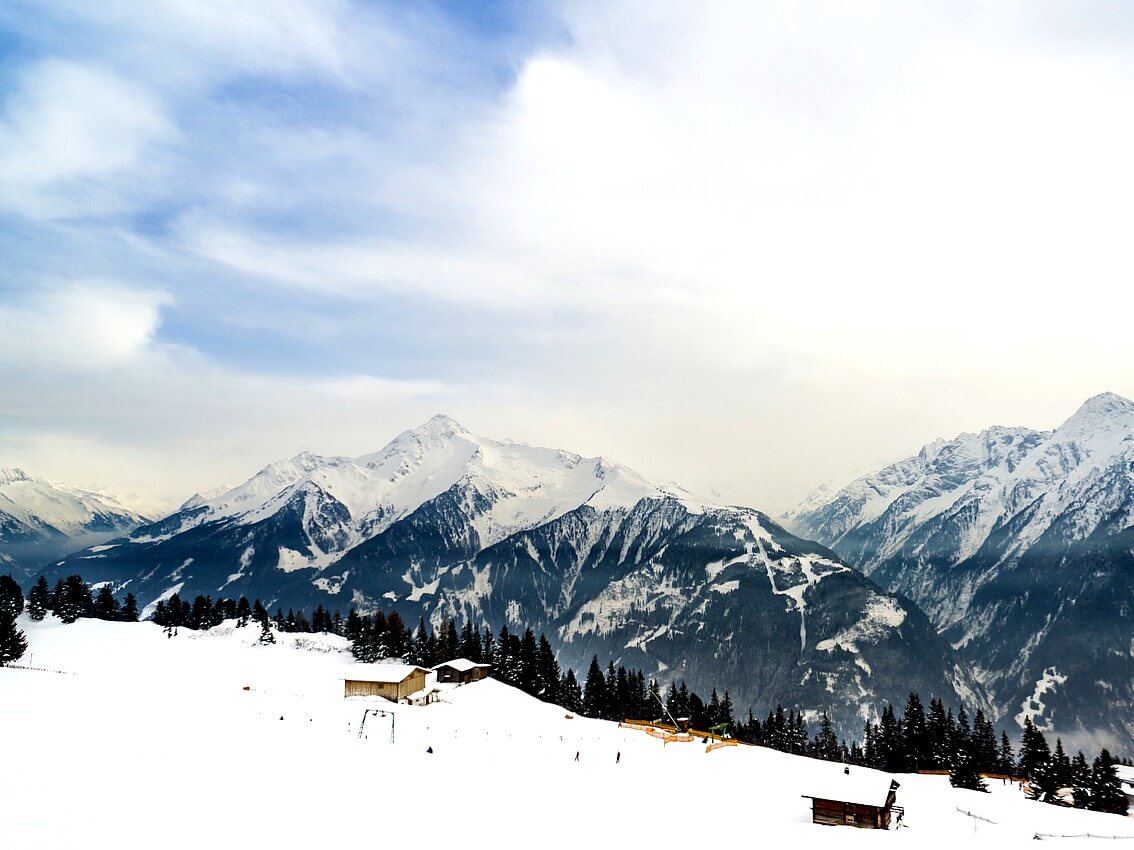 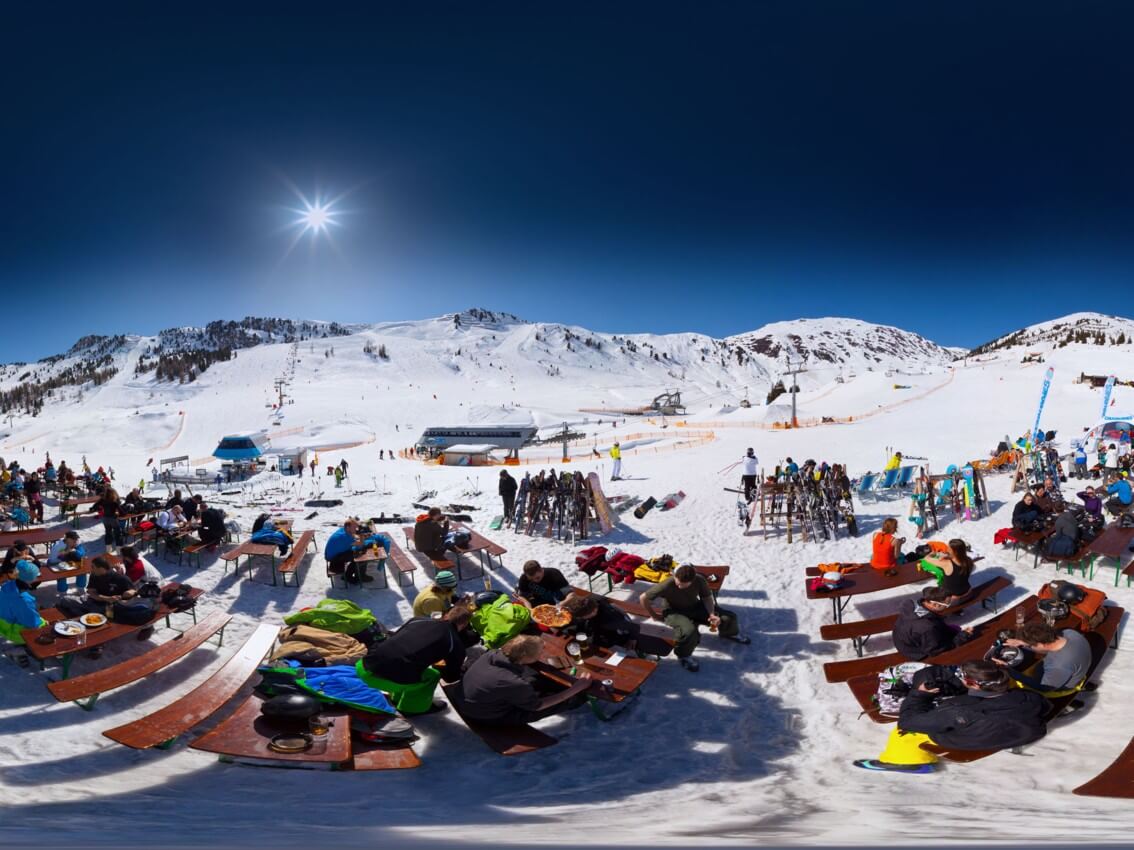 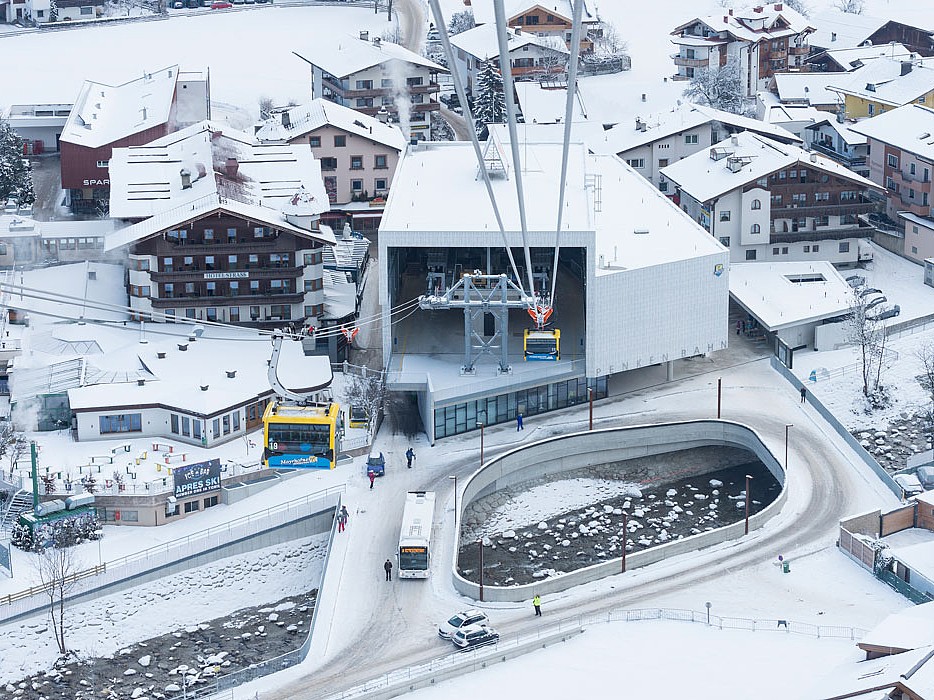 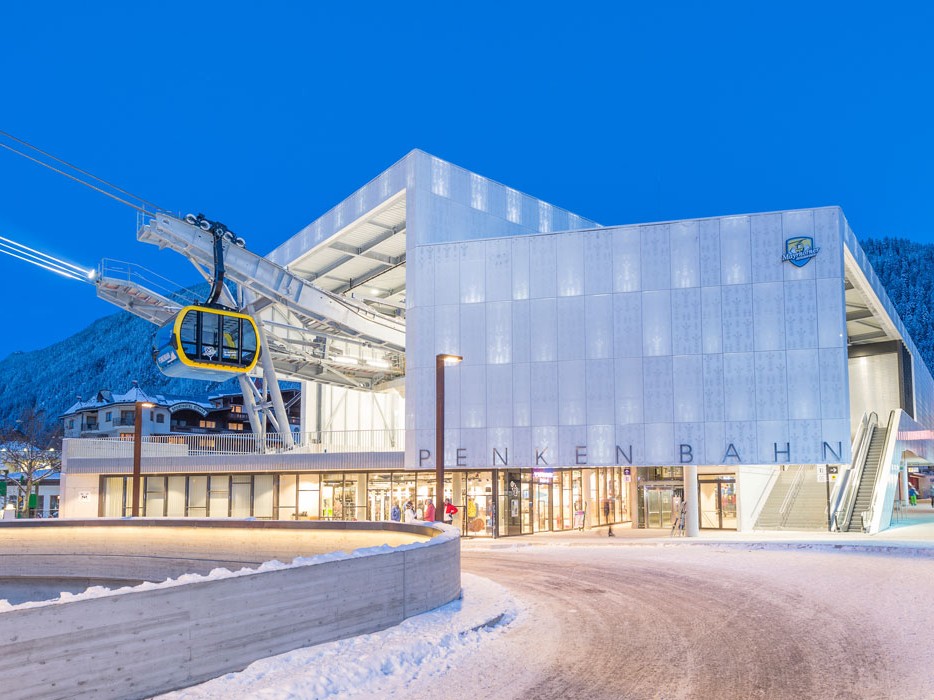 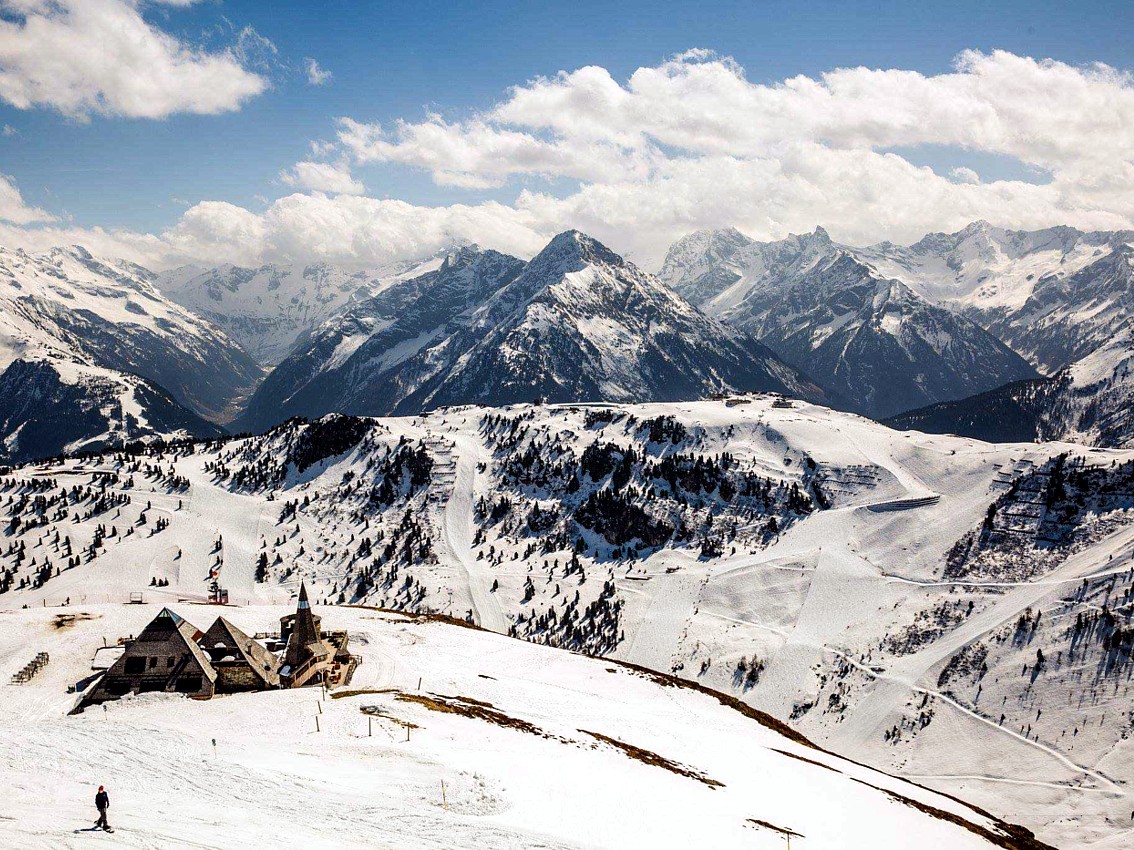 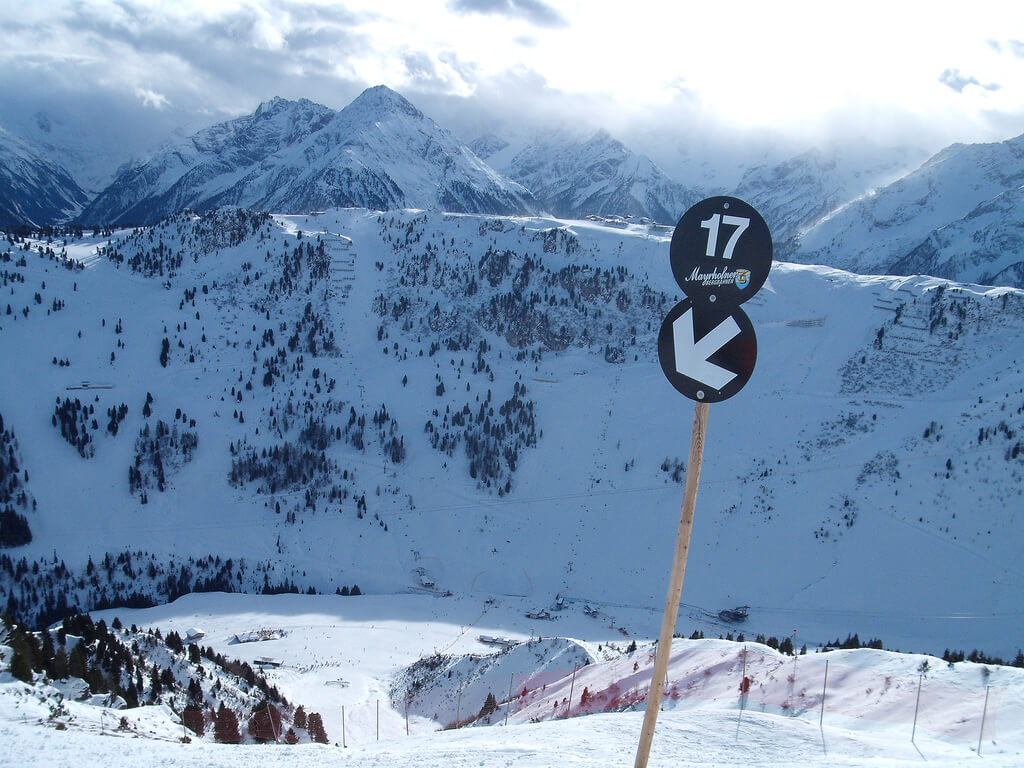 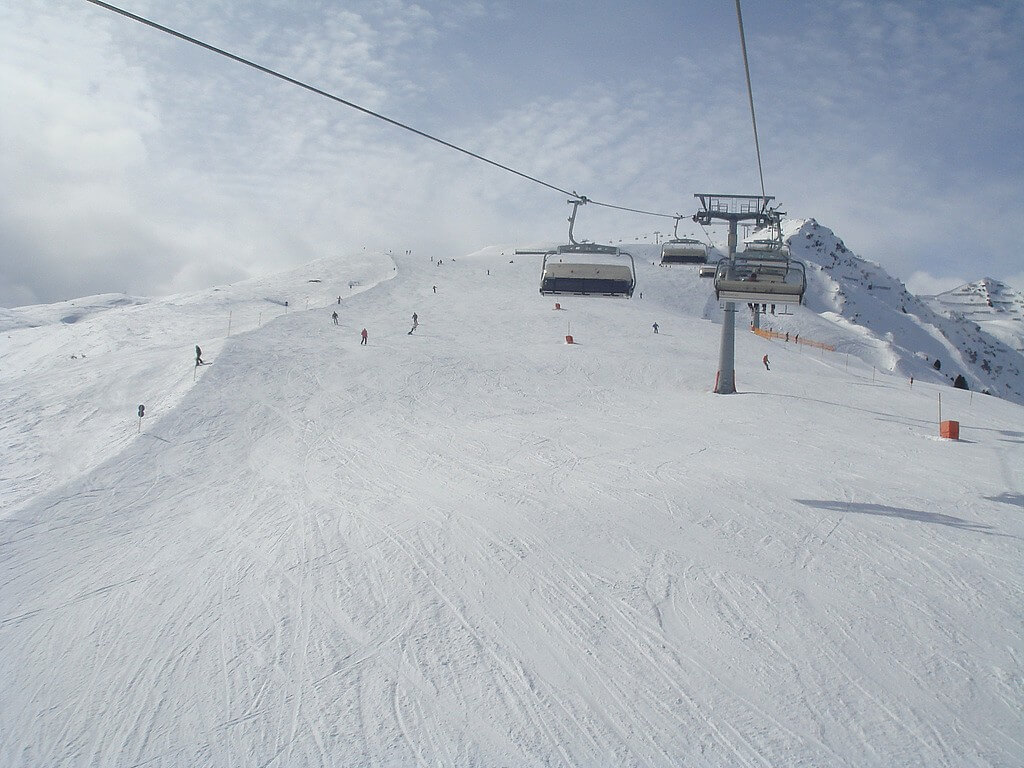 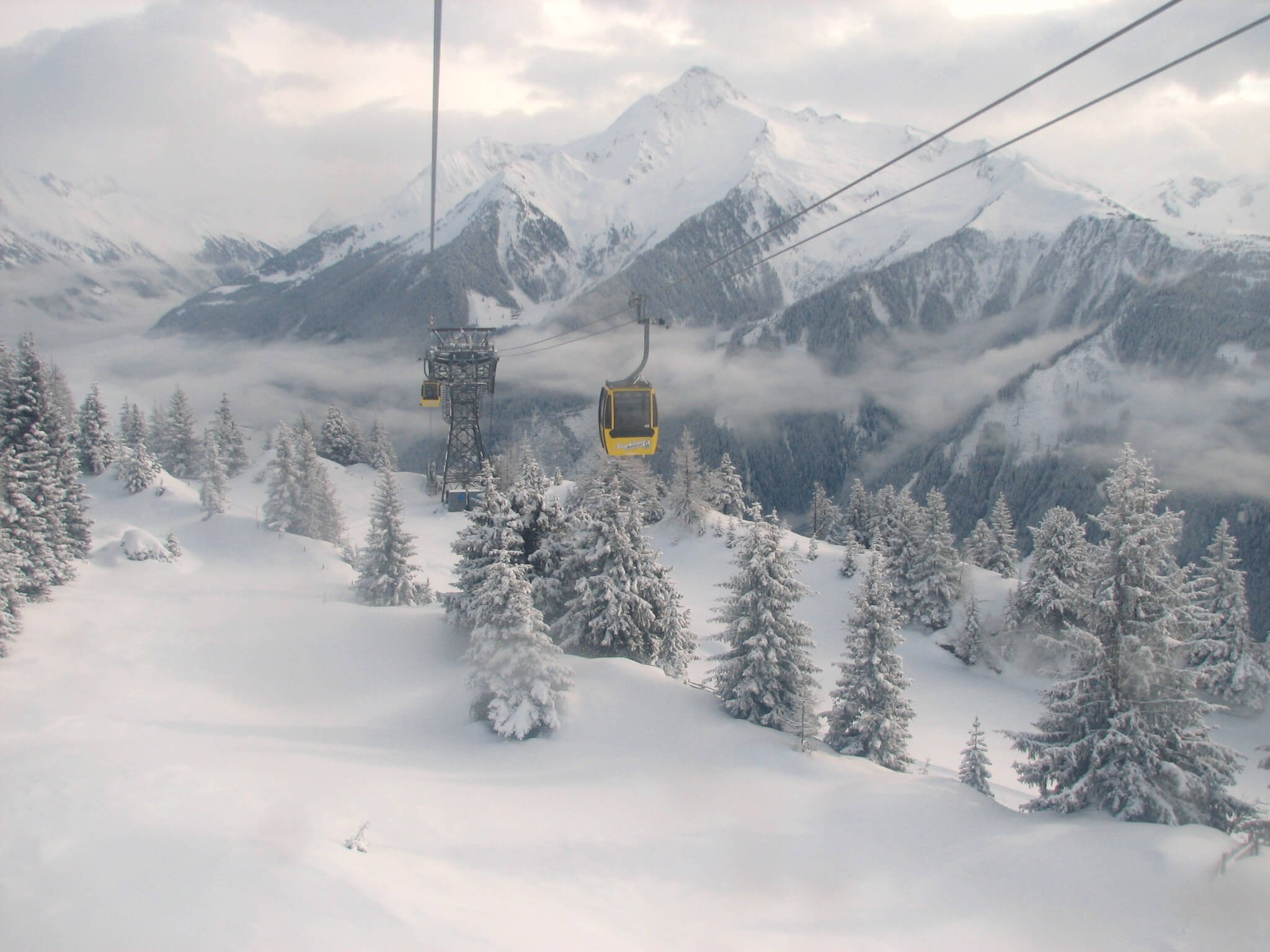 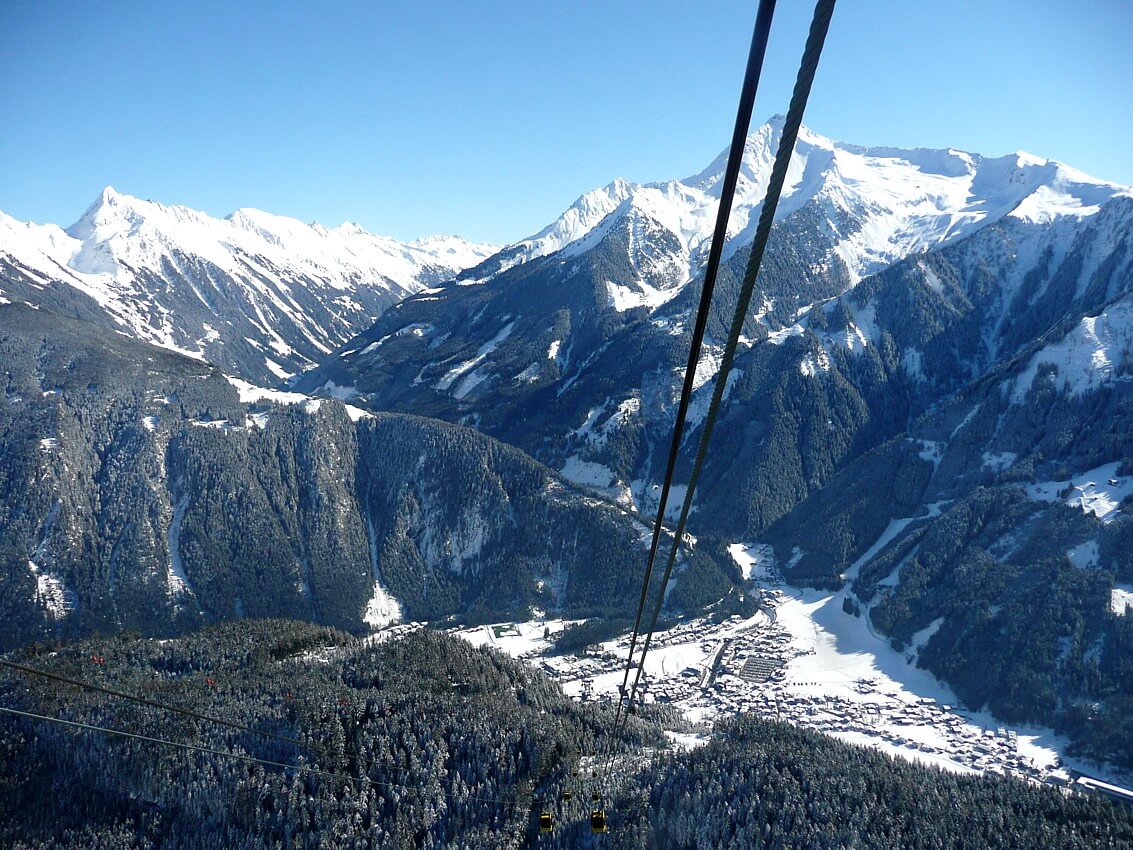 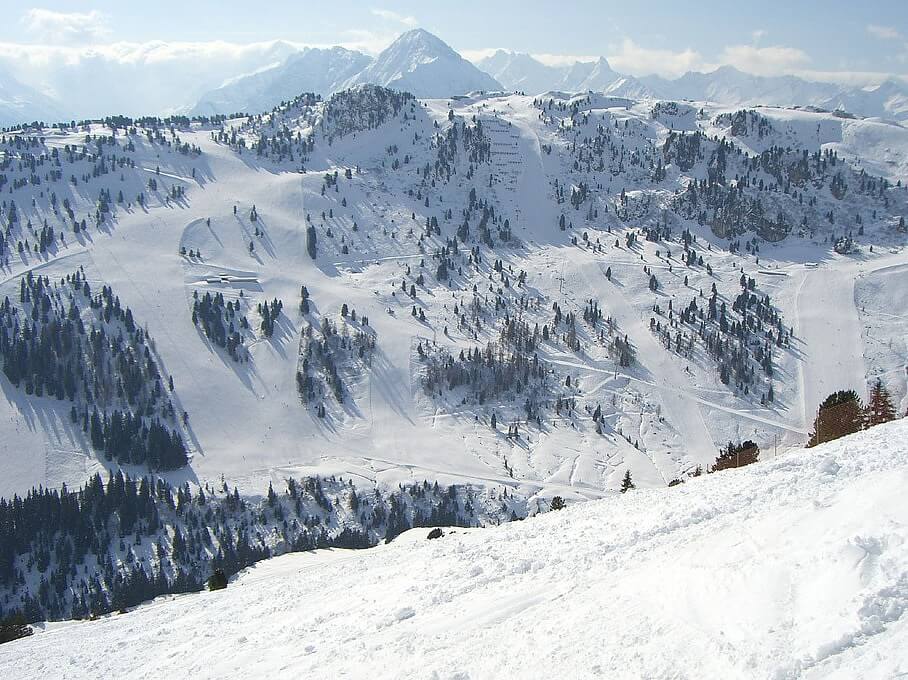 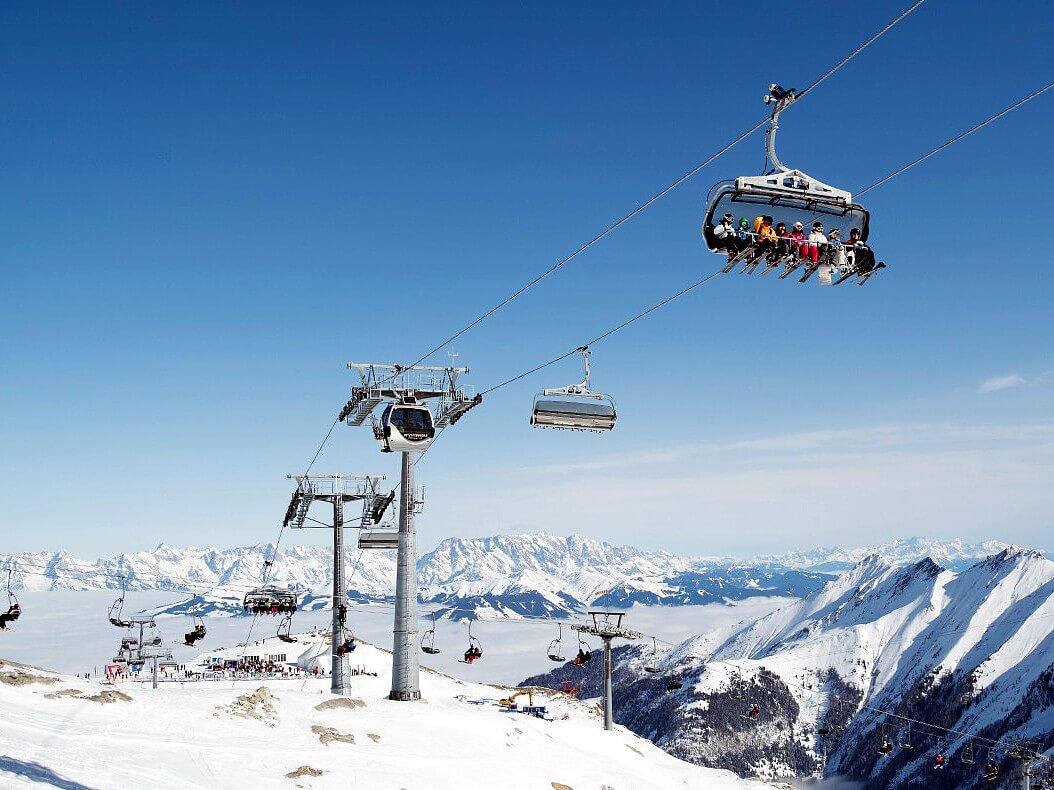 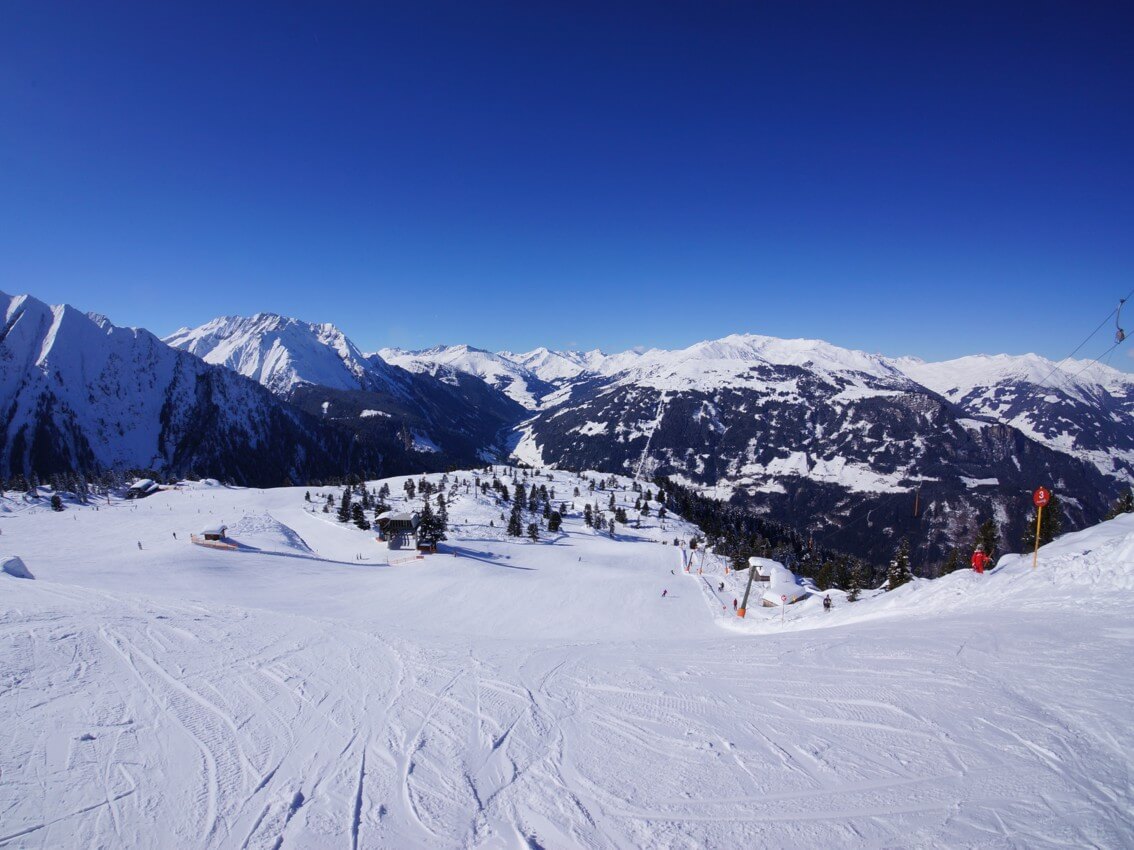 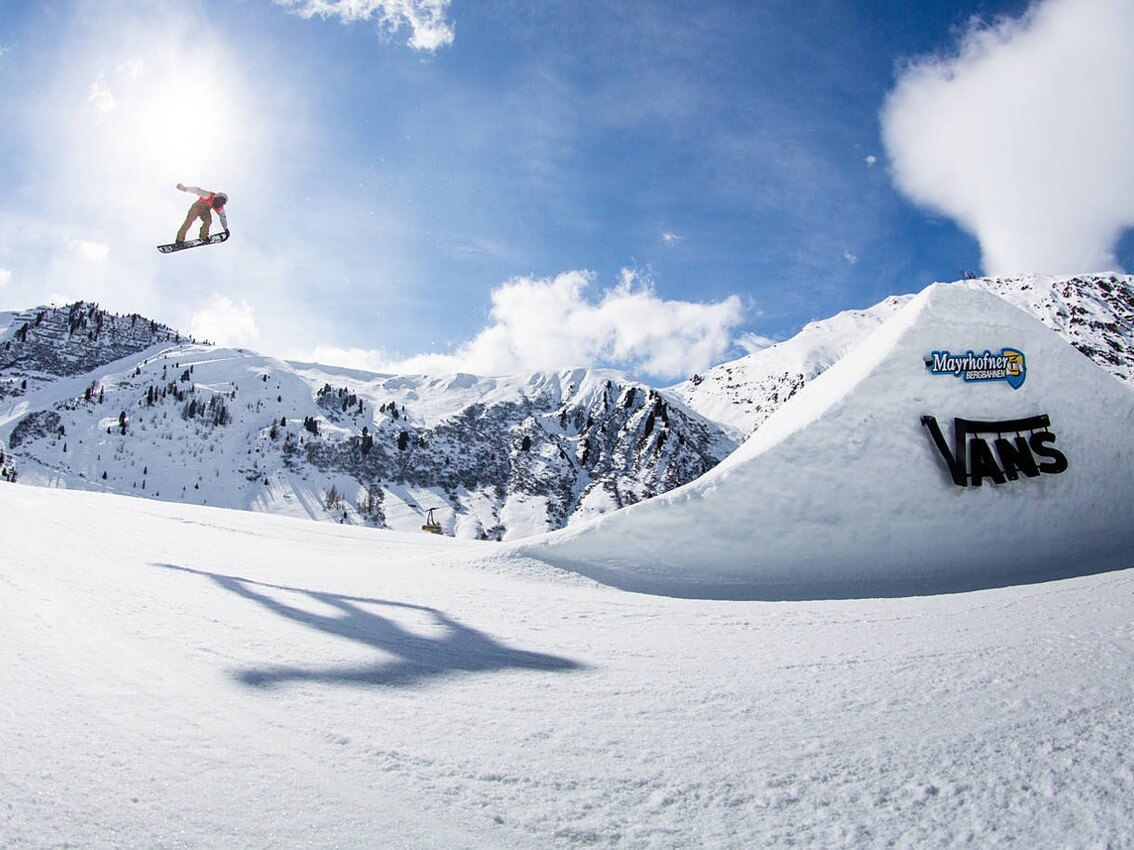 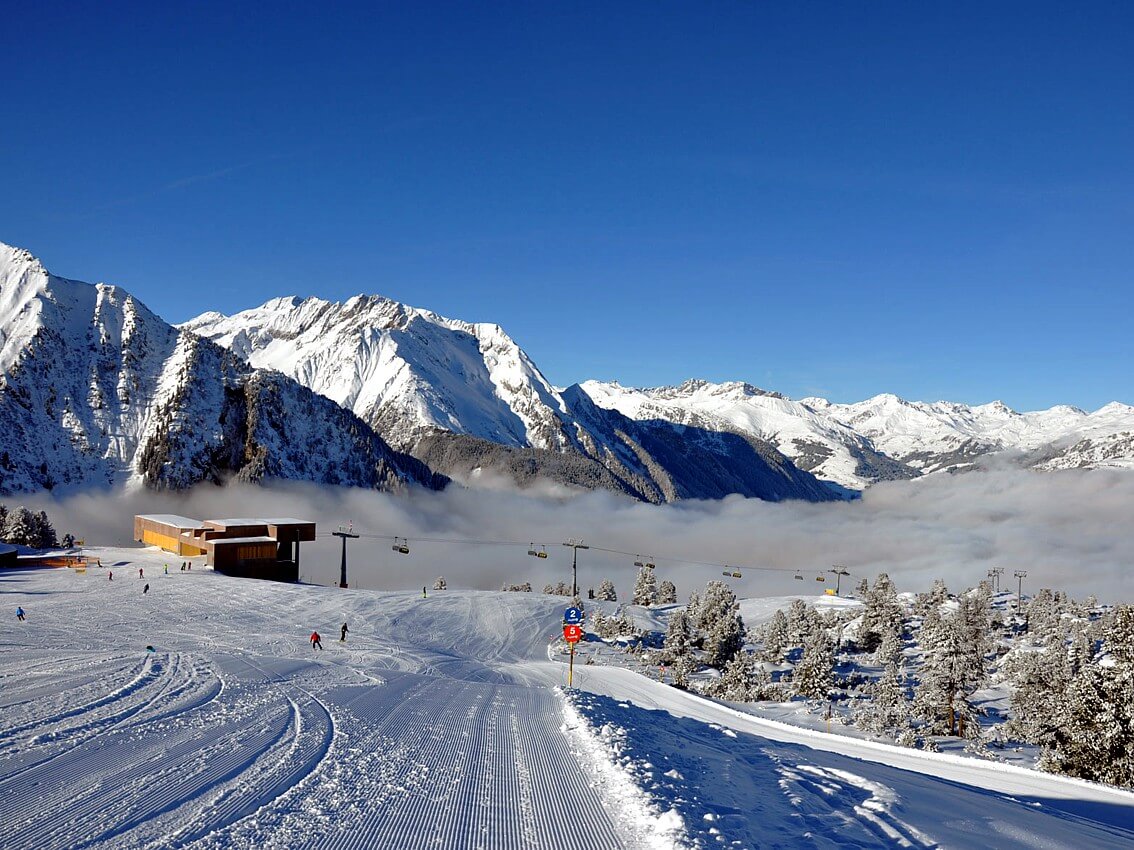 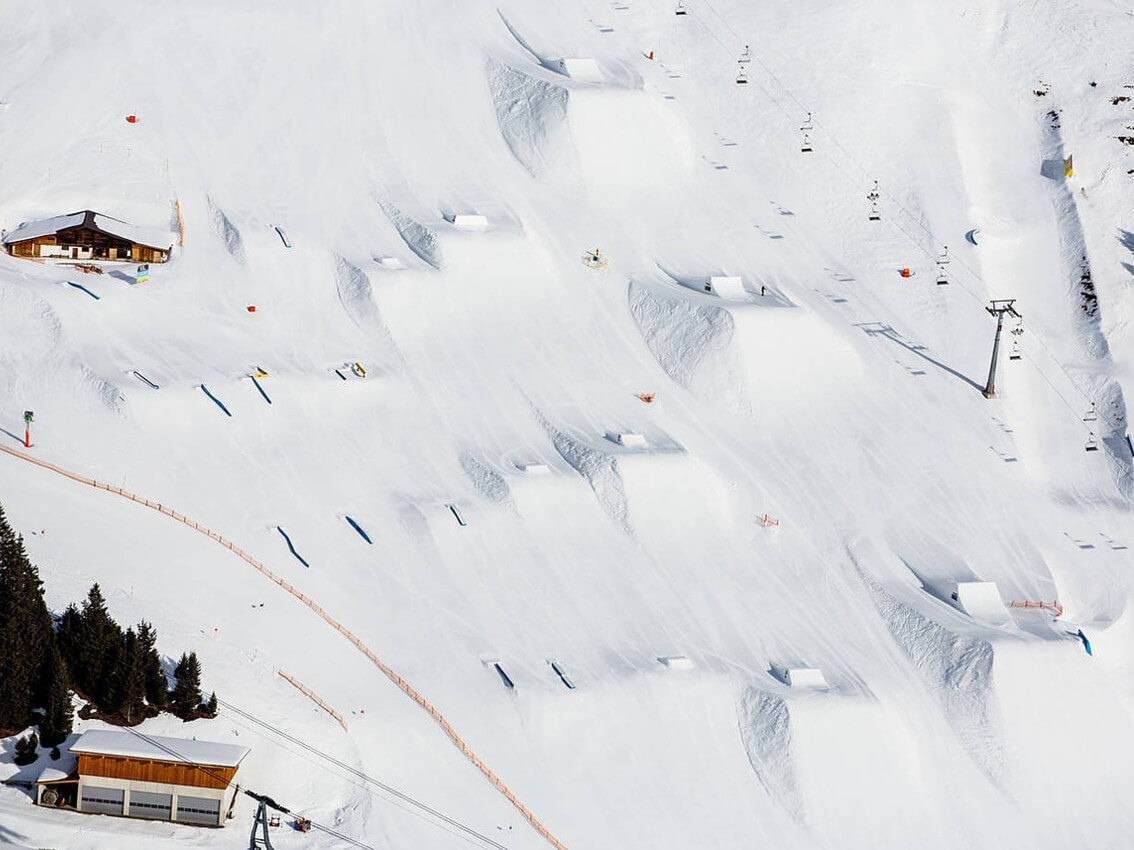 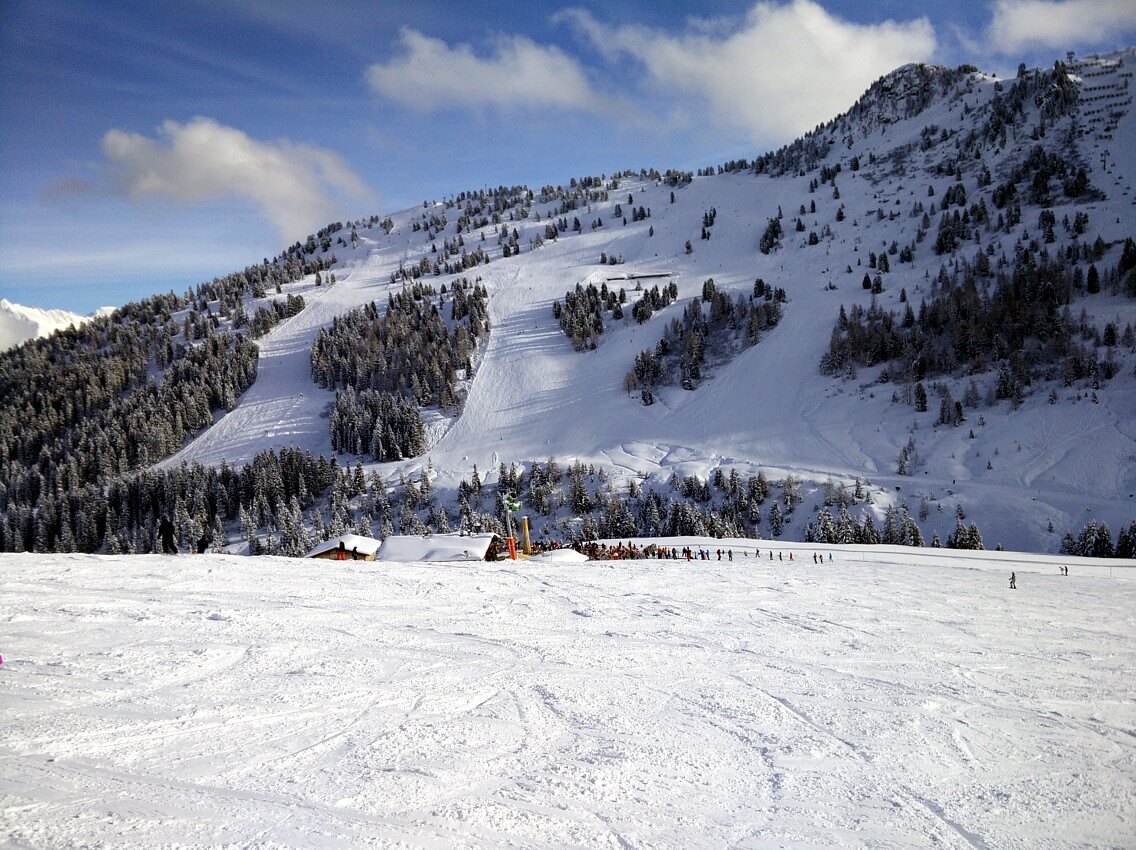