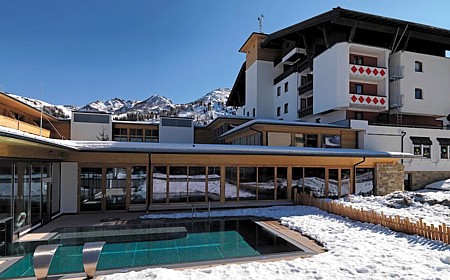 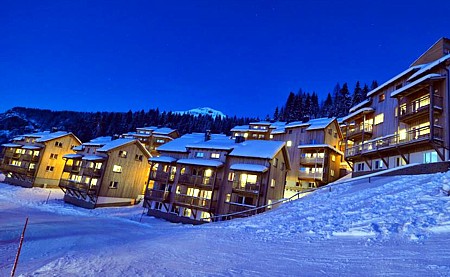 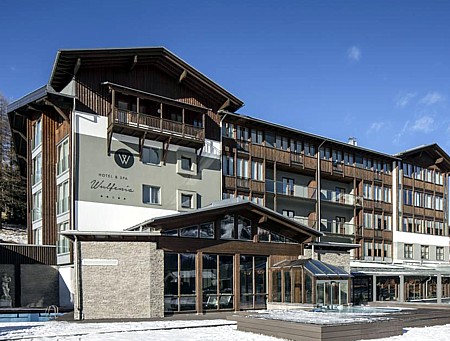 Nassfeld is a town and ski resort in the district Hermagor of the Austrian state of Carinthia.

Nassfeld is spread over three mountain slopes and is one of the biggest ski resorts in Carinthia, it is positioned on the border of Austria and Italy with spectacular views over the Austrian and Italian Alps. The slopes weave between the two countries although it is still officially considered an Austrian resort. Due to the resorts location you regularly get numerous hours of glorious sunshine with plenty of natural snow throughout the whole ski area.

The Nassfeld ski resort has recently undergone a massive renovation and is now one of the most modern ski areas in the Carinthian area.

With the latest in lift equipment, they are now home to “The Millennium Express”: the longest gondola in Europe which carries skiers swiftly from the village of Tröpolach at 610m up to the Madritsche at 1,919m. Just one of the benefits of skiing here is that the lift system is modern and new so there are seldom any queues and it is easy to navigate around the slopes of Nassfeld. With more than 110 km of perfectly prepared pistes, they have 11 km of difficult runs for the more advanced skier, 69 km of intermediate runs for experienced skiers to exercise their skills in a diverse location and 30 km of easy runs for beginners, there are plenty of slope options for all levels of skiers.

The longest run called the Carnia is 7.6 km long and also allows the opportunity to do night skiing as its magnificent route is floodlit at night. Due to its great altitude, widespread snow cannon coverage and north facing slopes the Nassfeld ski resort has a great snow record, and if there is a shortfall they are fully equipped with snow making facilities which cover virtually all the 110-kilometres of runs.

Snowboarders can find plenty to do around the Garnitzen Alm area of the mountain where there is a terrain park, half-pipe, quarter pipes, high jumps and a snow-cross park promising an exciting and adventurous trip. 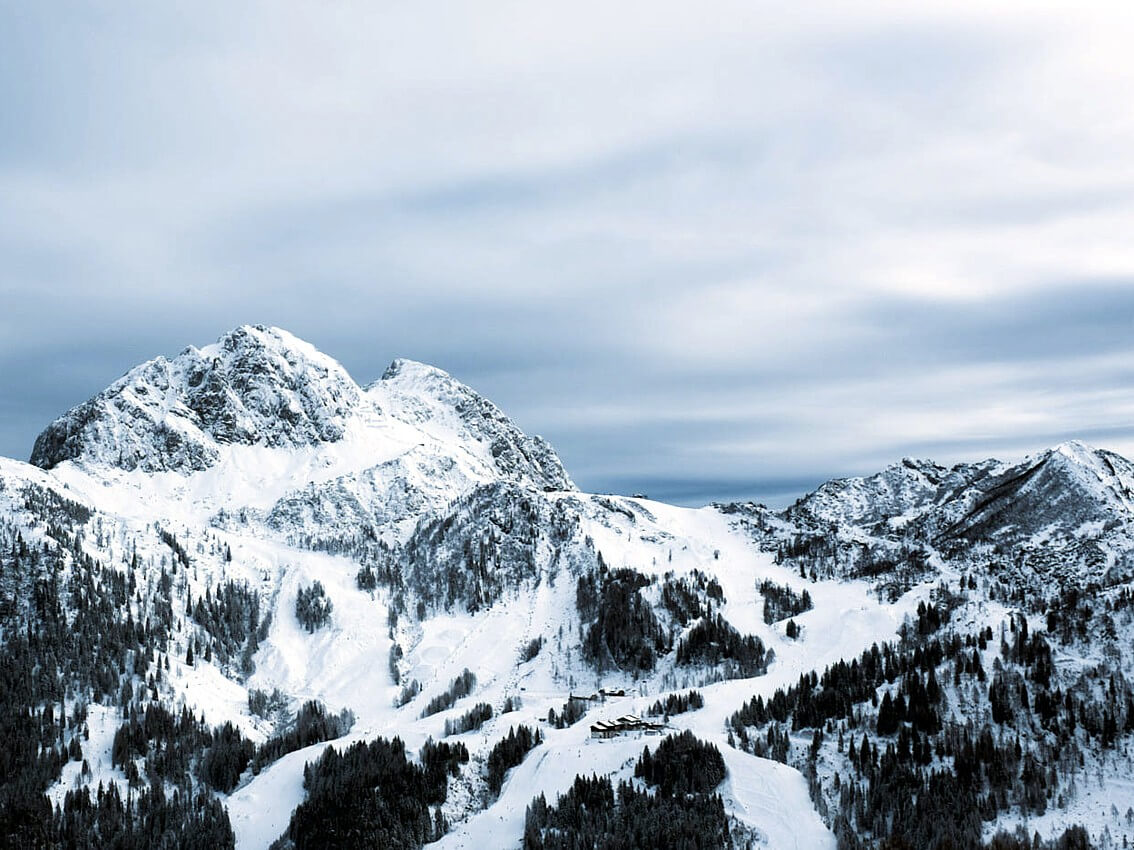 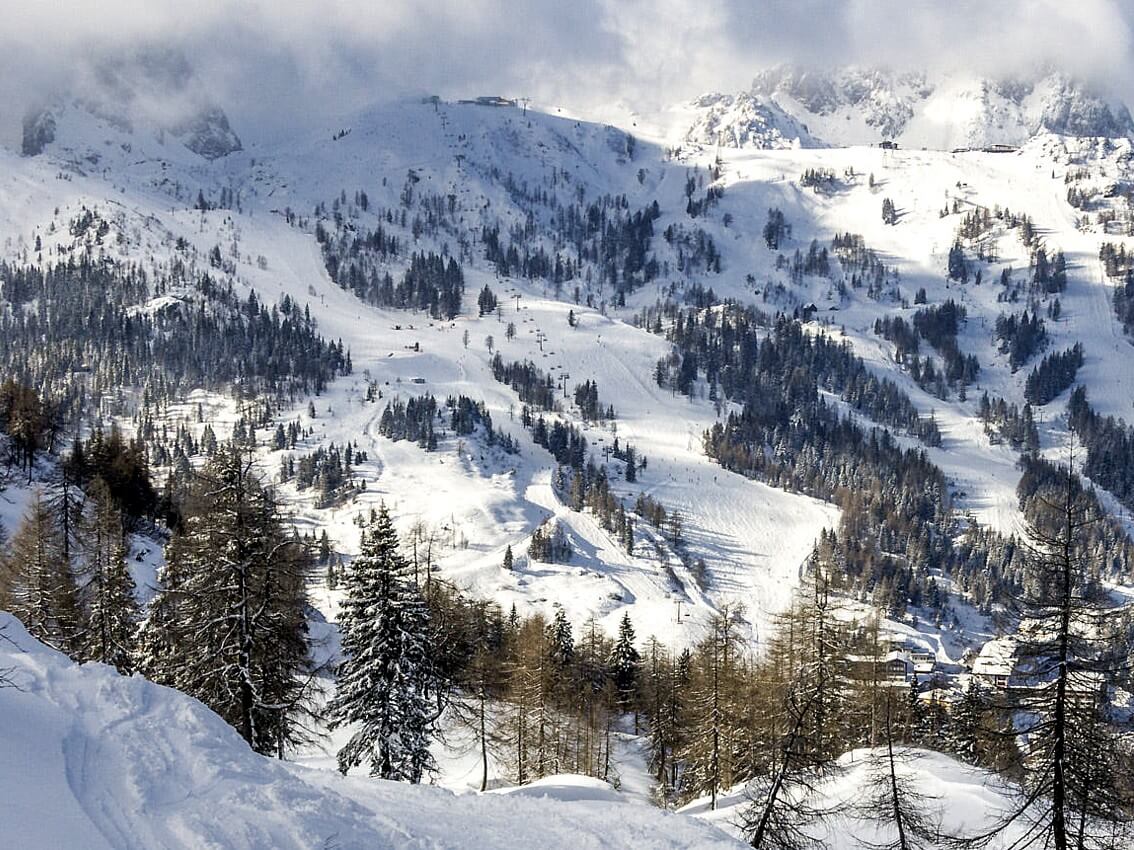 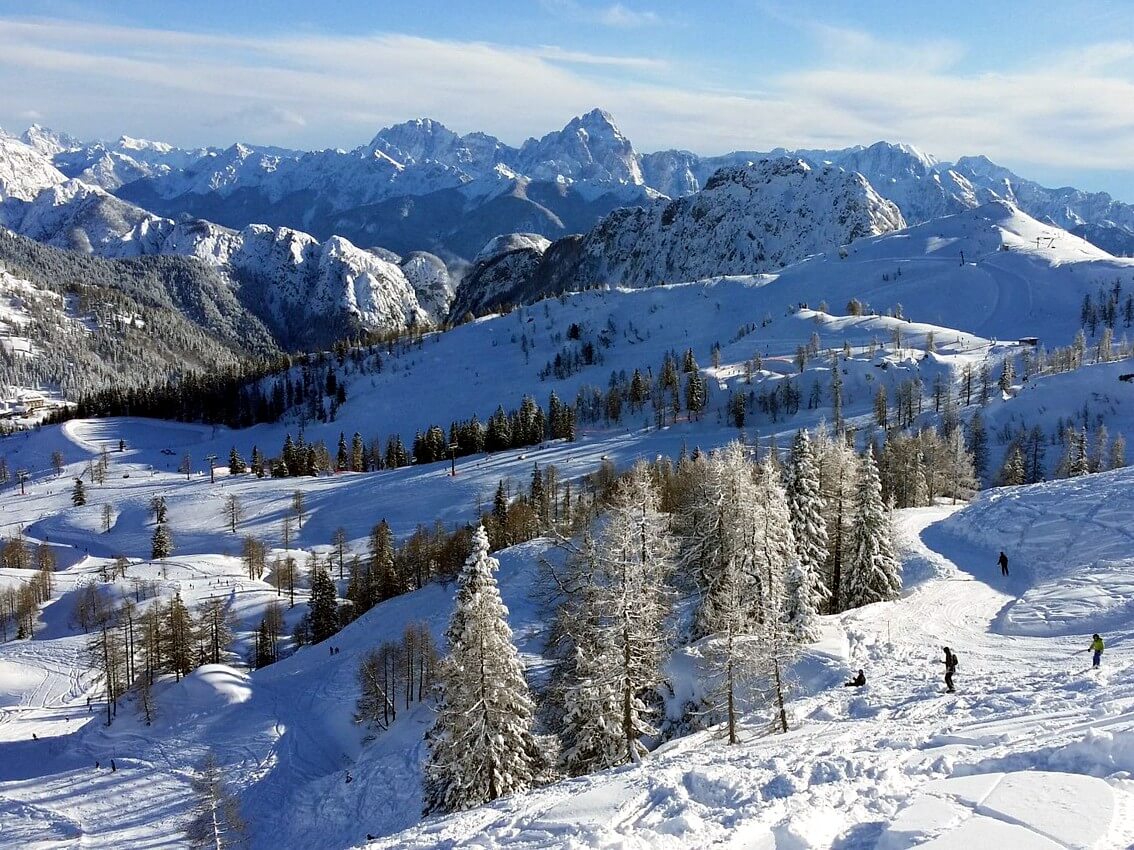 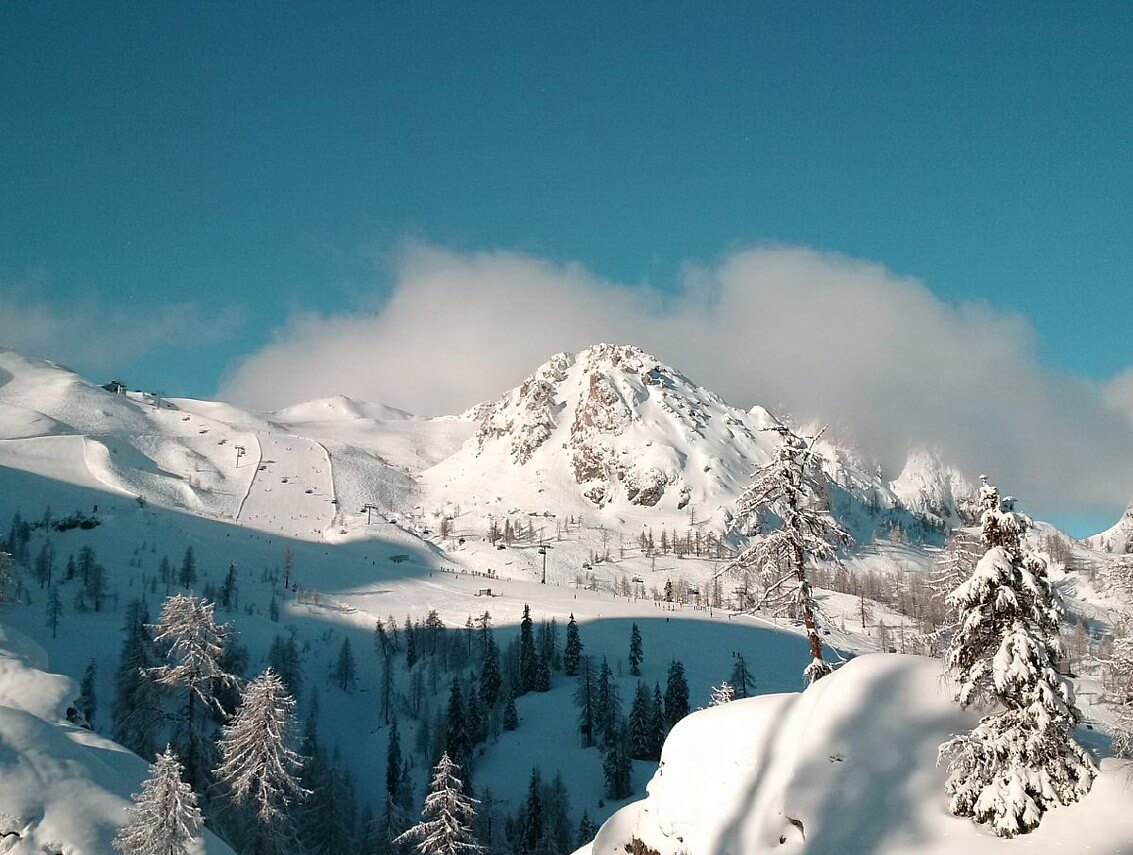 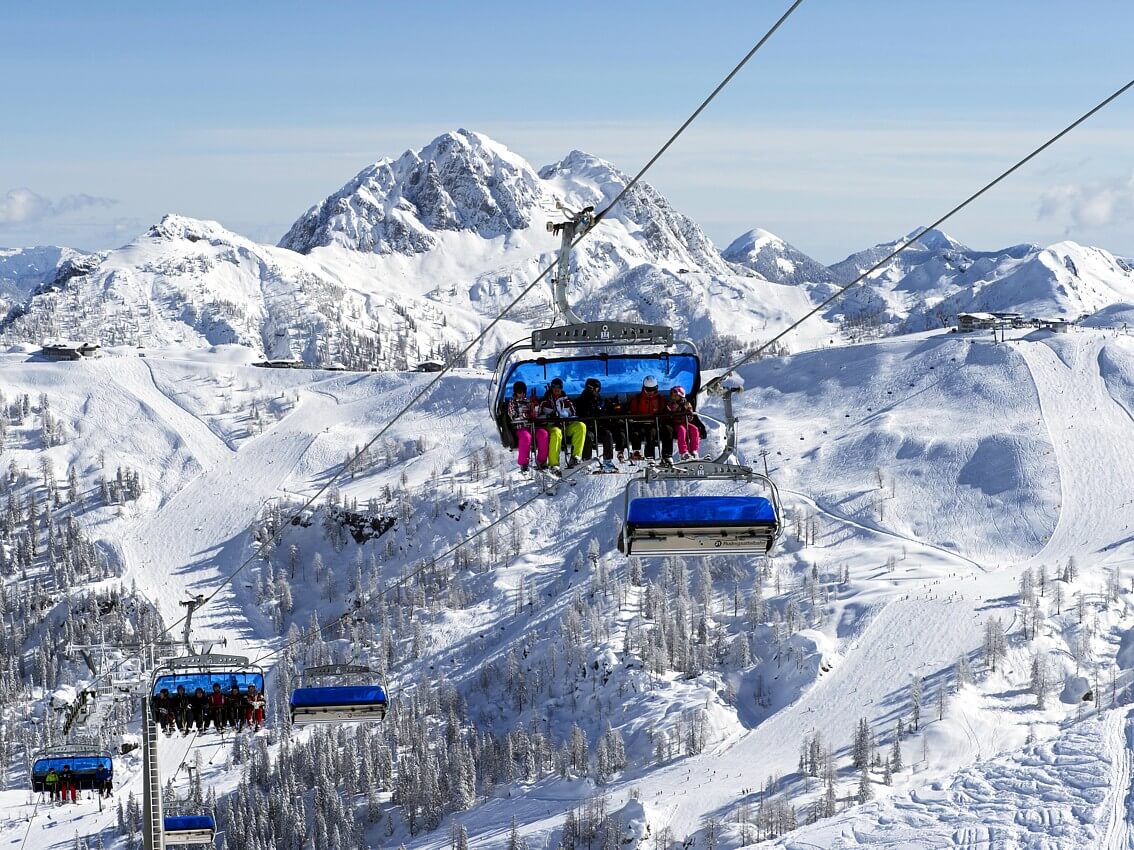 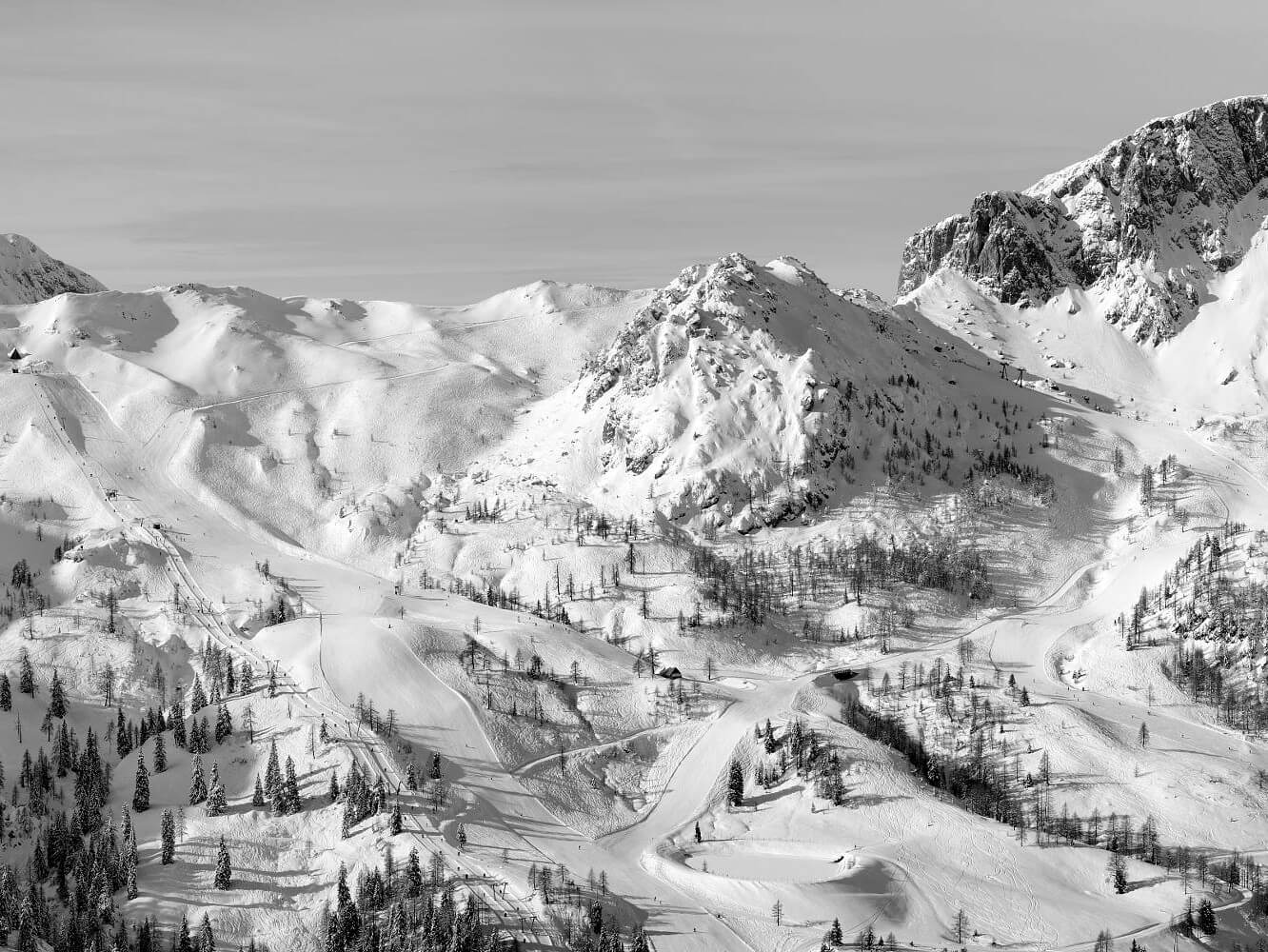 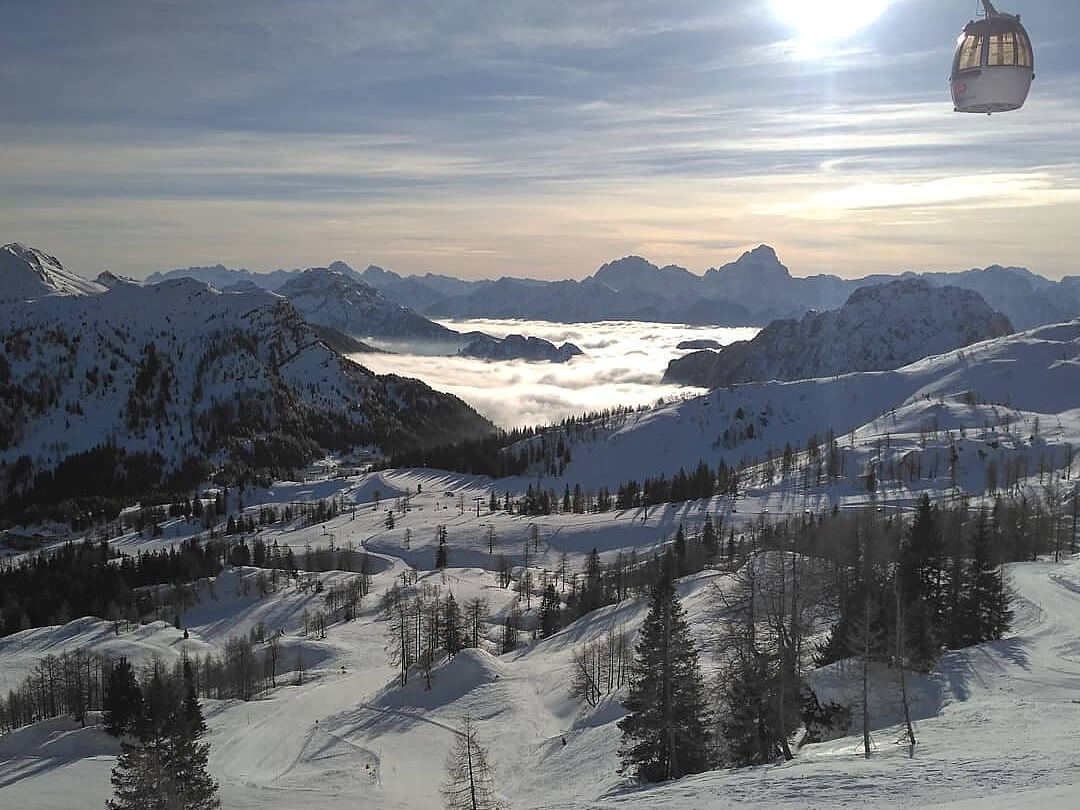 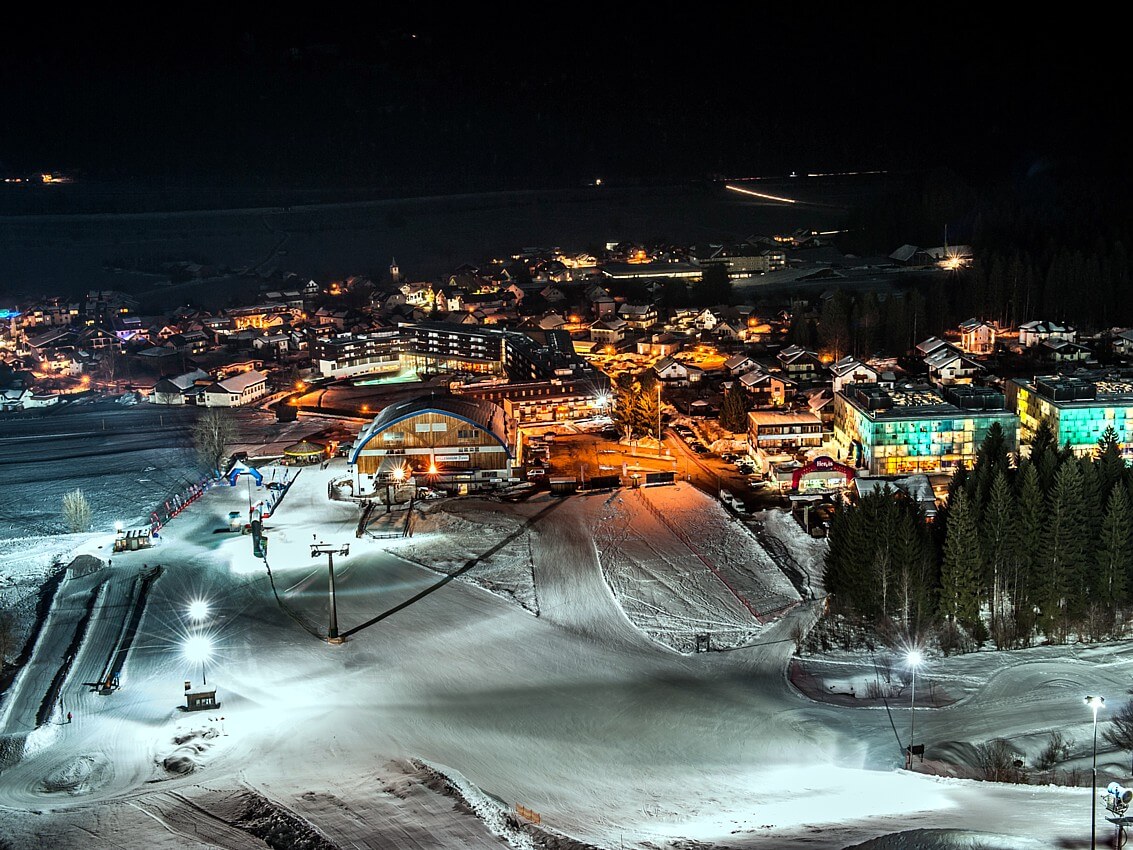 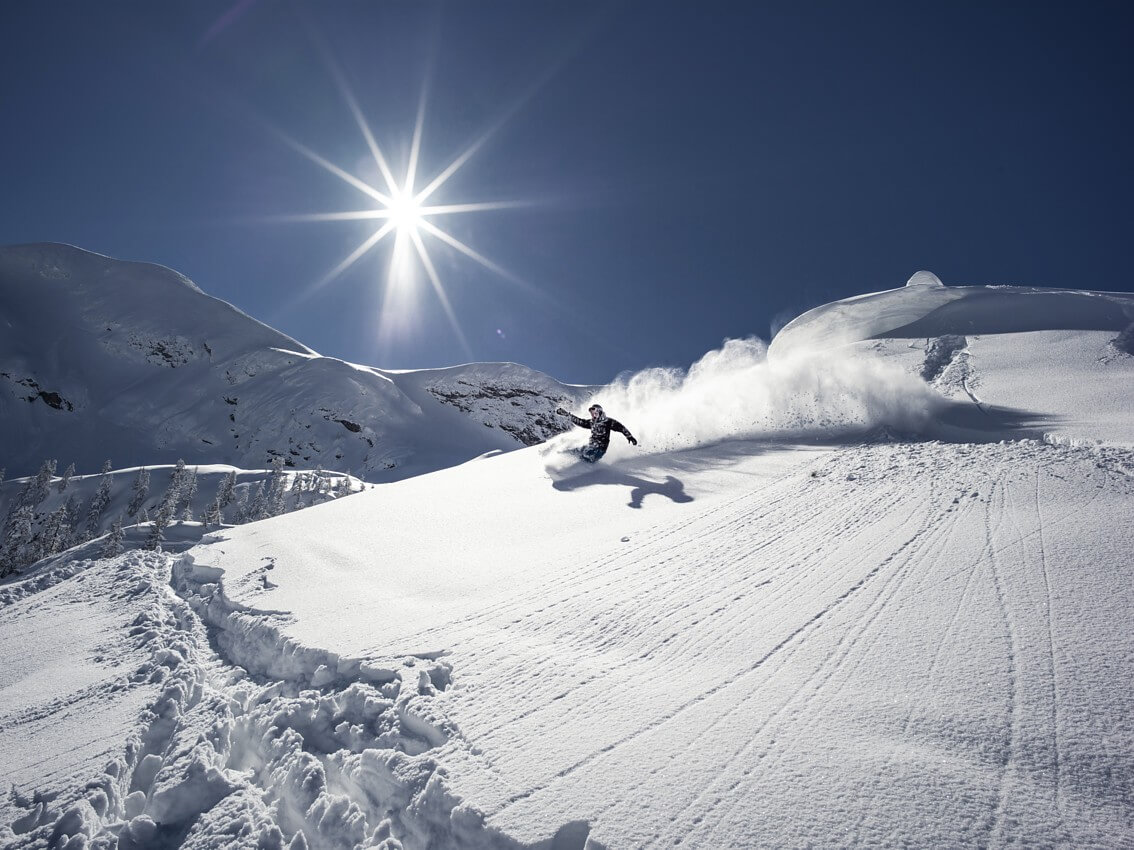 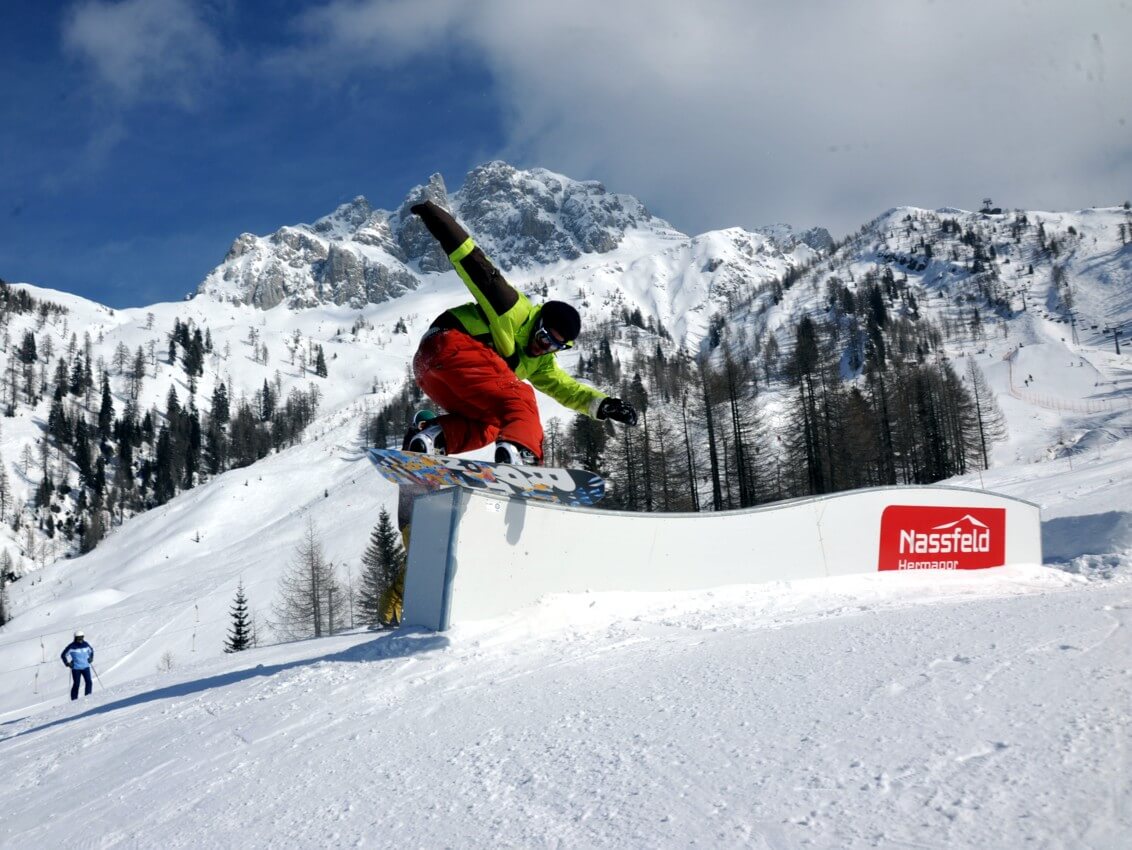 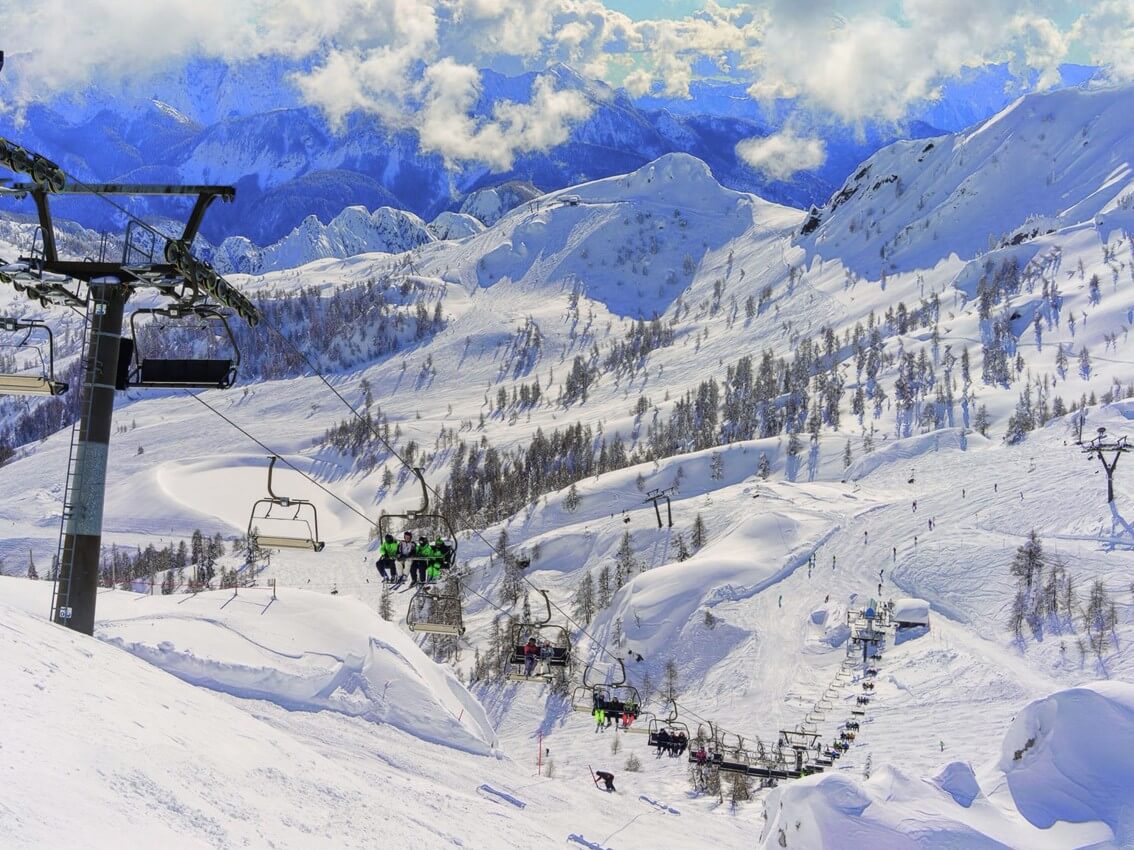 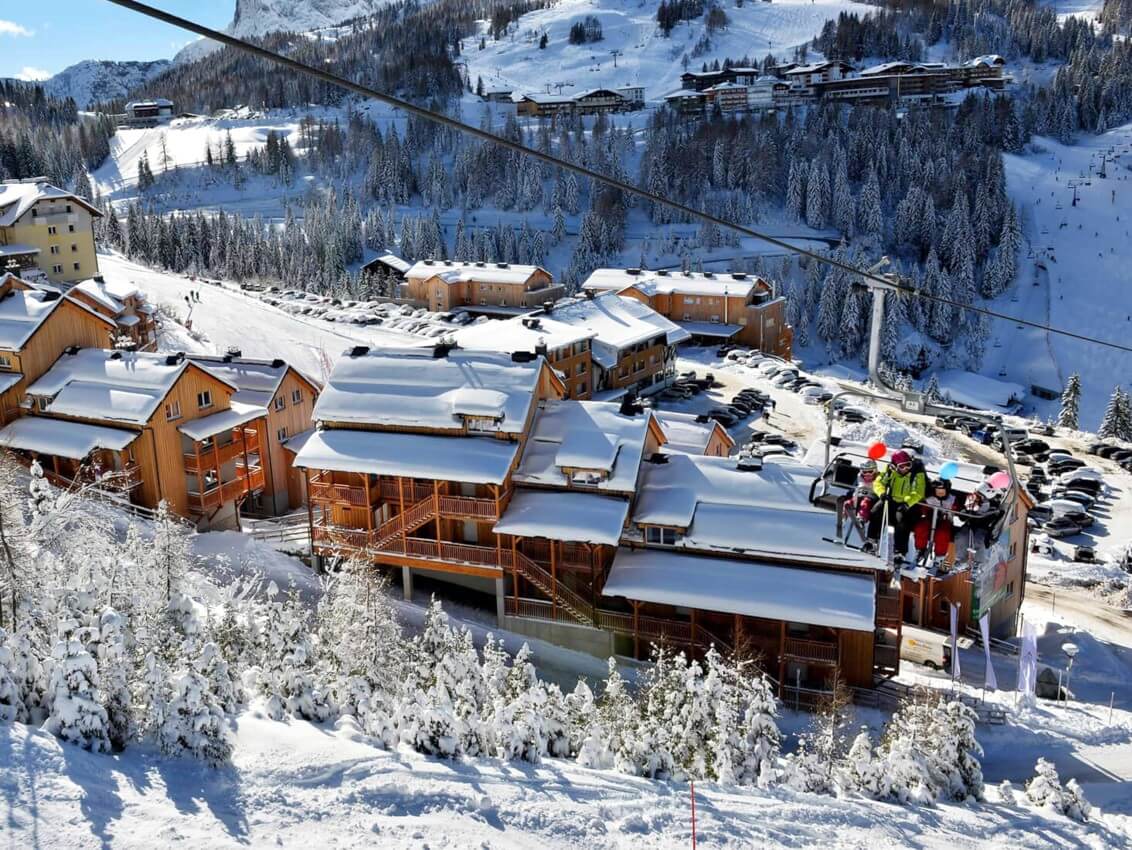 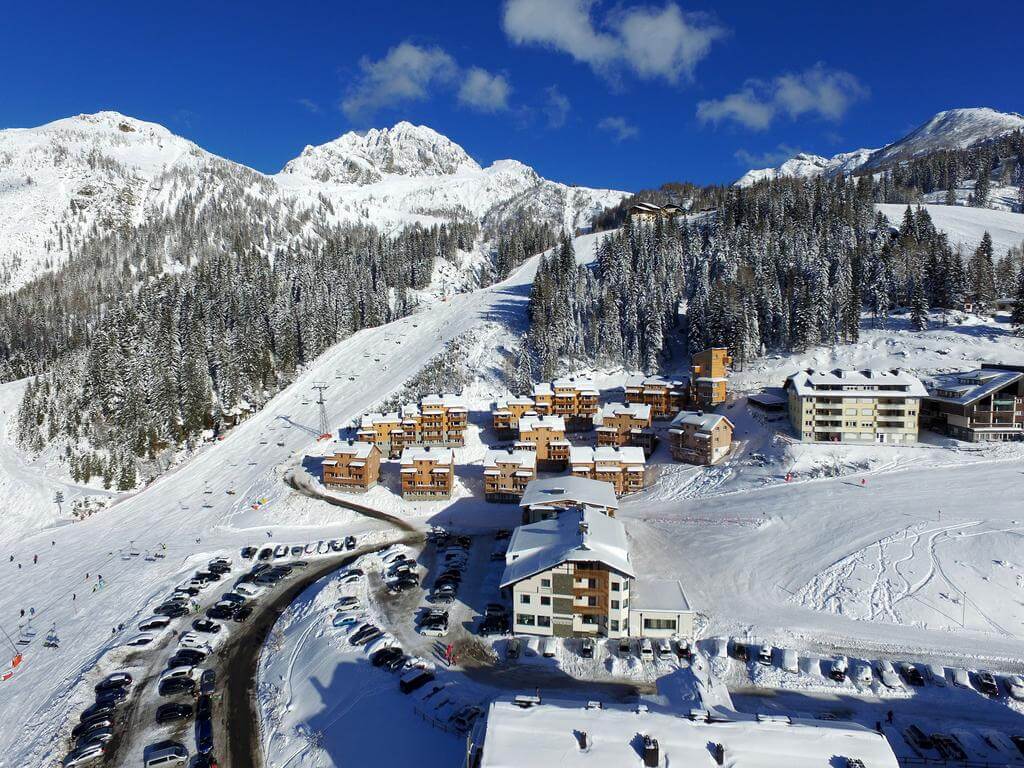 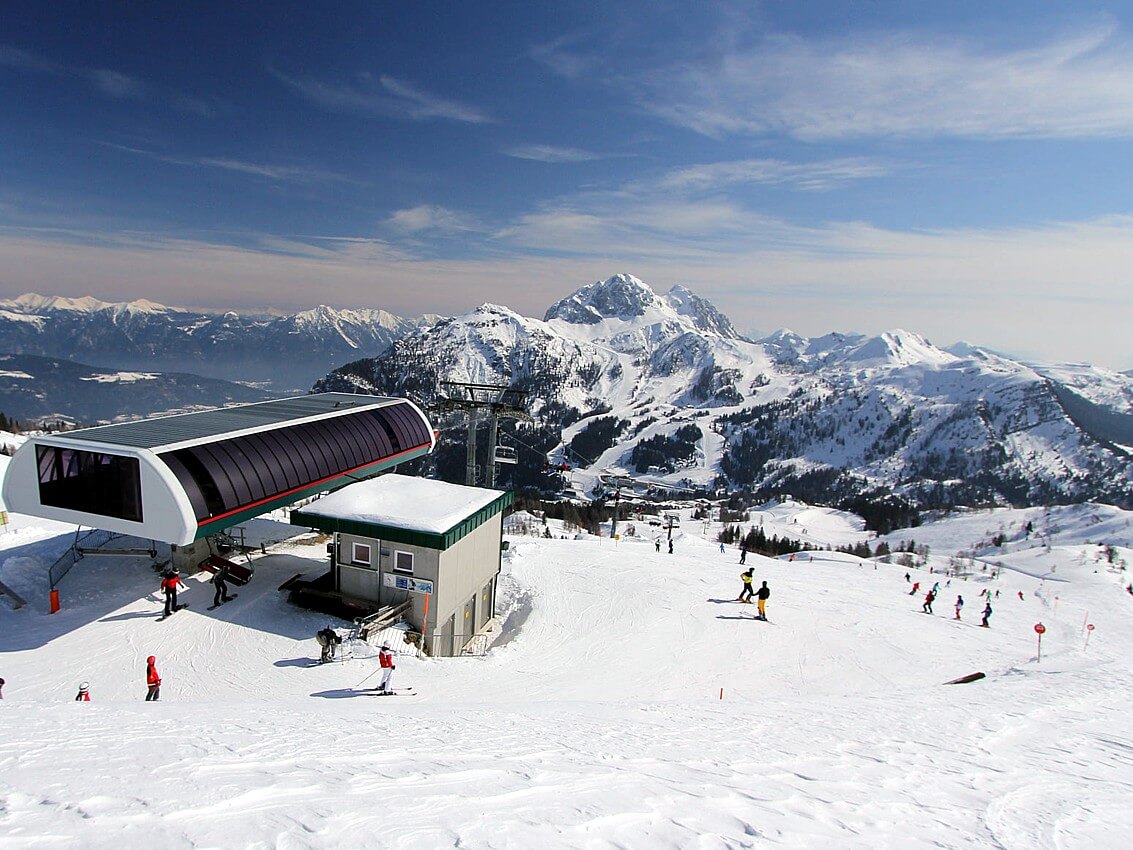