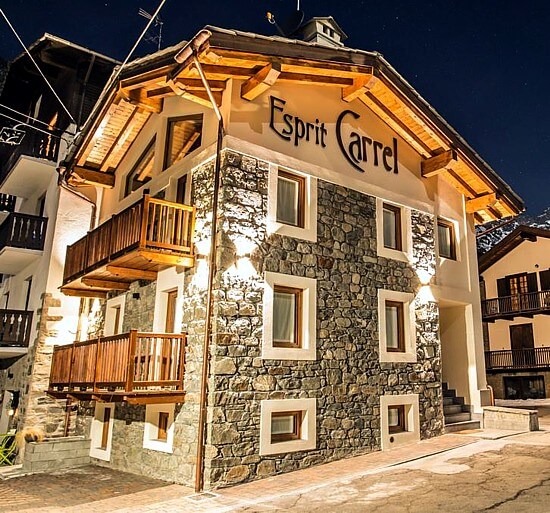 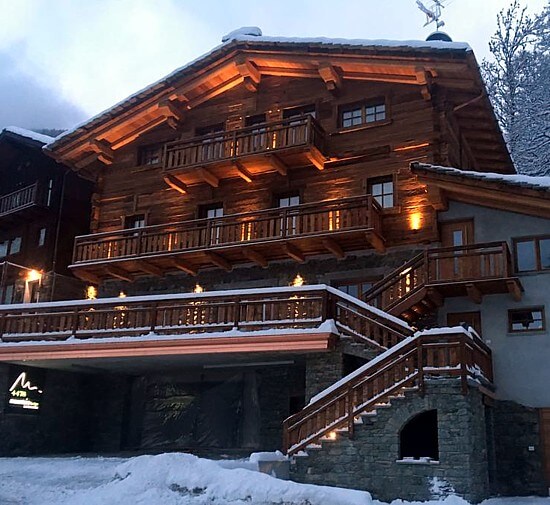 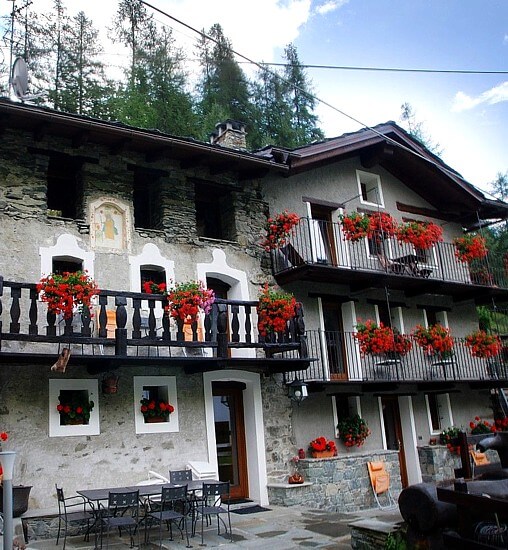 Valtournenche is ski resort  in the Aosta Valley region of north-western Italy. It is named after and covers most of the Valtournenche, a valley on the left side of the Dora Baltea, from Châtillon to the Matterhorn. Valtournenche is close to Cervinia and in winter the two towns are connected also with the ski slopes. In fact, they are part of the same ski resort with also Zermatt, Switzerland.

The cable car “Valtournenche-Salette” is the gateway to the resorts ski area, to Breuil-Cervinia and to Zermatt (Switzerland). Like in Cervinia, return to Valtournenche town with skis on along the “Gran Pista”, a white winding path through the alpine forest and views across the “Grandes Murailles” range.

From the top of the Colle Superiore di Cime Bianche (3200 mt), just next to the Ventina glacier, down to the bottom of the lifts departure (1600 mt) a series of runs for all appetites awaits both the beginner and the expert, like the Reine Blanche piste which grants, if started from the Klein Matterhorn, a 20 km descent of 2300 mt in altitude.

Chairlift Motta gives you access to pistes 3, 4 and 7; Chairlift Becca d'Aran to piste 9: these represent an XL baby camp for beginners, the ideal runs for your first steps into the skiers world. Higher up, the 6-seats chairlift Bec Carré gives you access to red pistes 5 and 6, which start with two gullies that reunite at the bottom of the chairlift and are saparated by piste 15 with its steep walls and gradient changes, the favourite run of experts who choose it for their training or simply for heartfelt emotions. The Sometta draglift offers amazing views over the Valtournenche and Val'Ayas valleys, ending on a 'terrace' that overlooks the Breuil basin and our beloved Cervino.

Reine Blanche is a combination of a series of pistes that, if begun from the Klein Matterhorn on the Swiss territory at 3883 mt, is nearly 20 km long and has a total 2300 mt drop; no wonder it is considered one of Eureope's longest tracks. At first you ski on the glacier and gently descend until Plateau Rosà, then make a left for the steep S of Ventina; by keeping the left take piste 11 along the Sommetta draglift, at the bottom of which you'll find a super short and quick chairlift (Du Col) crossing Colle Inferiore where the real Reine Blanche (Piste#1) begins, right under the Roisette and Becca d'Aran ridges, then plunging down the Pistone into the woods and ending at 1600mt in Valtournenche where the Salette cablecar will restart your emotions.